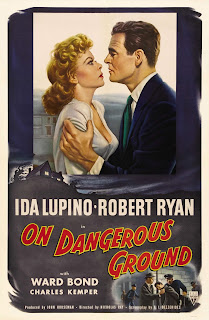 Re-watched this in part to fix the Photobucket image fiasco, I screen the Disc included in the Warner Film Noir collection #3.

A 1951 film noir directed by Nicholas Ray and produced by John Houseman. The screenplay by A. I. Bezzerides based on the novel Mad with Much Heart, by Gerald Butler. The drama features Ida Lupino, Robert Ryan, Ward Bond, Charles Kemper, Anthony Ross, Ed Begley, Cleo Moore, Olive Carey, and Nita Talbot.


synopsis: Brutal cop boiling with inner turmoil, blasts off steam beating the crap out of suspects, he exists in a sewer cleaning up the human garbage. His prowl car partners have family life, wives, and kids for safety valves. They can shed the job and sympathize with  "there but for the grace of god go I" crowd, the  i.e. the rest of us poor schmucks, but not Detective Jim Wilson a high school jock whose faded glory days are reduced to cheap plastic trophies. Wilson is both alienated from humanity and obsessed with his job to the point where his partners become concerned. Wilson not only gets his man he puts him in the hospital.

The Daily Grind (The Lives of Cops) 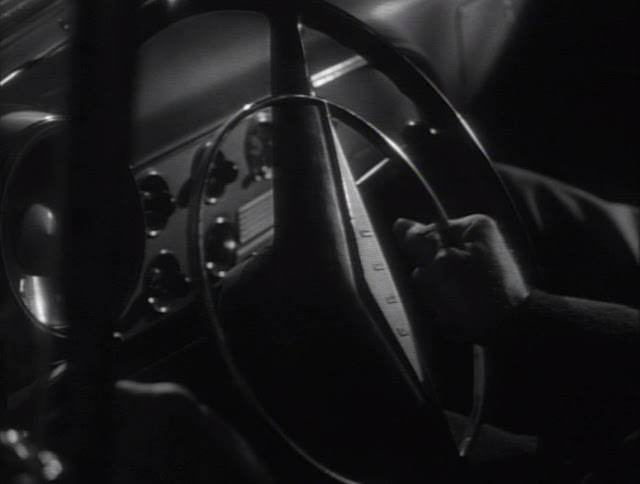 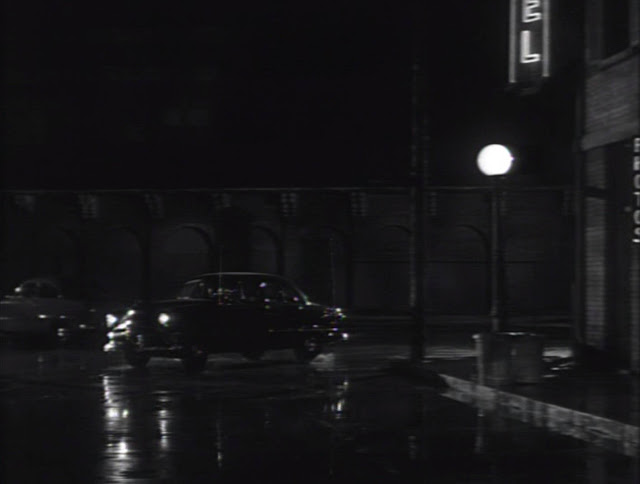 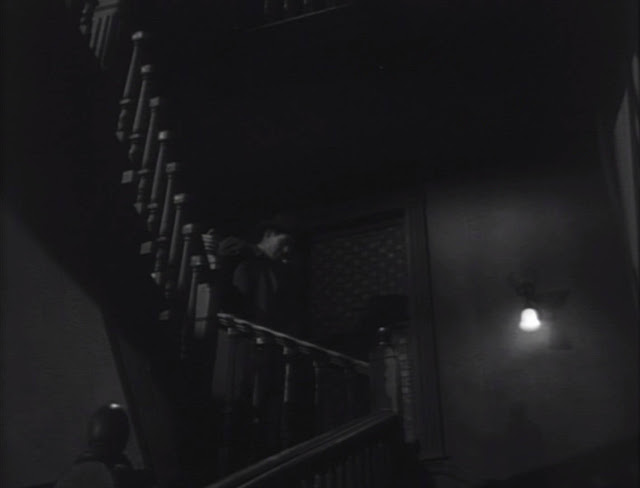 Jim Wilson: Why do you make me do it? You know you're gonna talk! I'm gonna make you talk! I always make you punks talk! Why do you do it? Why?

His chief gets him shipped to the rurales to help with a manhunt. Ends up seeing himself reflected in Ward Bond's revenge filled father character. Woman, Ida Lupino, soothes the savage beast.

The film is a study of contrasting worlds the dark of the city against the light of the country, the vertical good-bad against horizontal conservative-liberal, Williams is skewed, way off center, to survive he must become centered, Lupino shows him the way back. 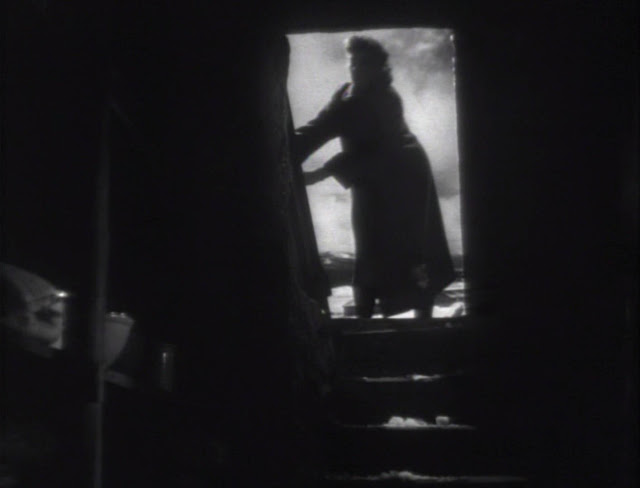 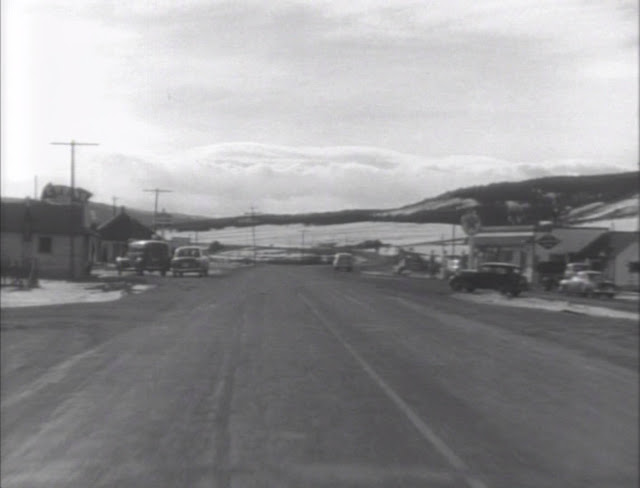 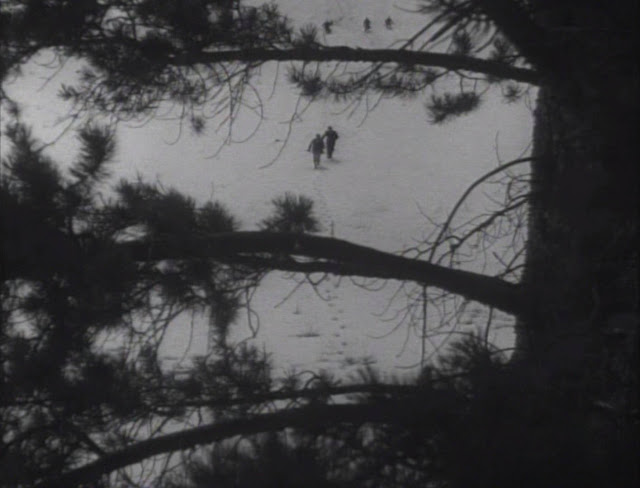 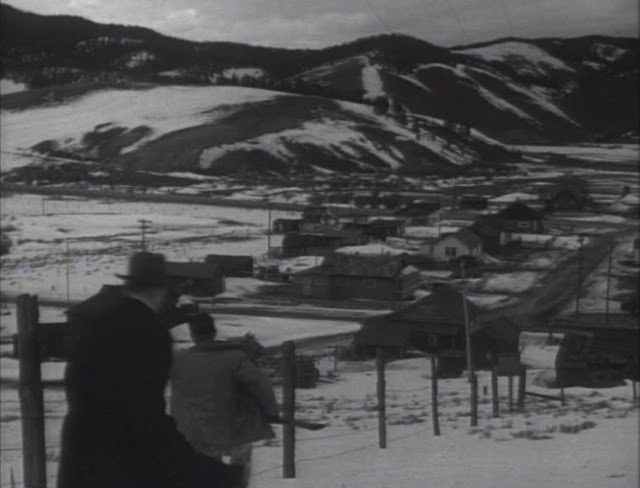 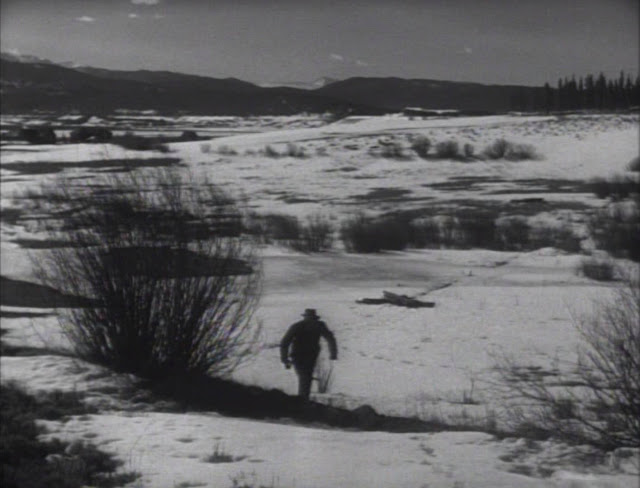 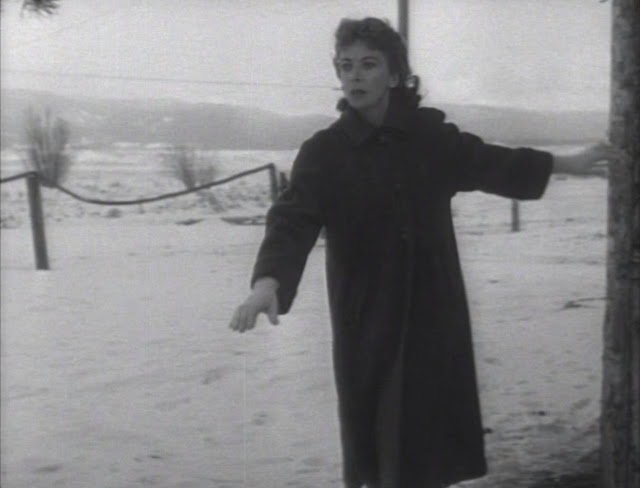 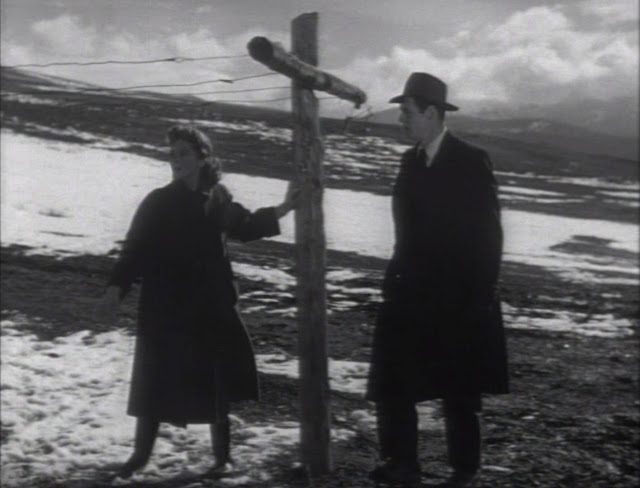 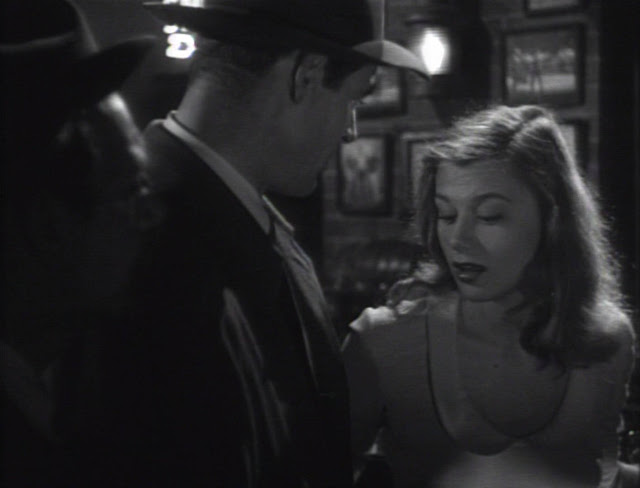 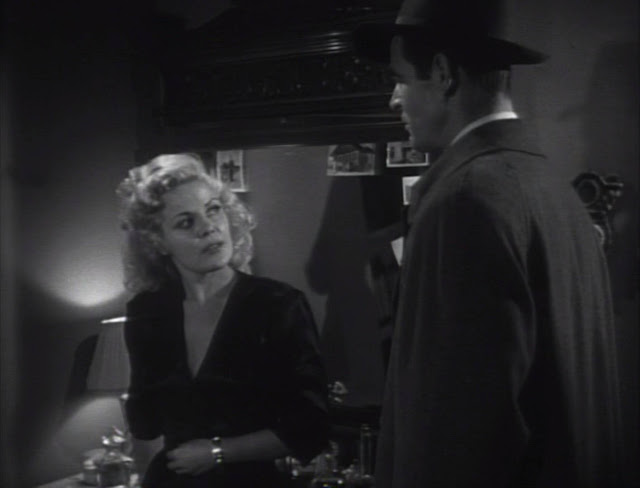 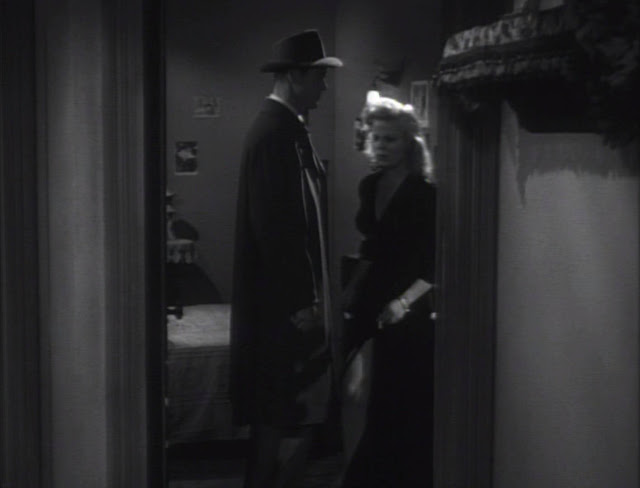 The second half of the film is set in rural California, the snow cover blankets everything in a clean white patina. Underneath though, there are noir similarities to the city. A child killer is on the loose and Ward Bond is the dead girls father seeing vigilante justice at any cost, and Ryan comes off sane comparatively. Its a bit melodramatic but not overwhelming. The original screenplay was not as dichotomous as the filmed product, in the script Ryan returns to the city after being rejected  the second time by Lupino, a much more down & noir-ish ending. The changes are attributed to Howard Hughes' meddling.  The film now seems a bit unbalanced, its original structure bouncing back and forth between dark and light would feel more harmonious. 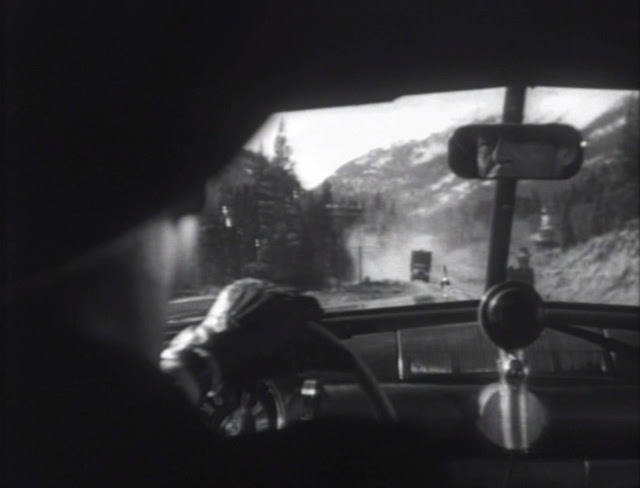 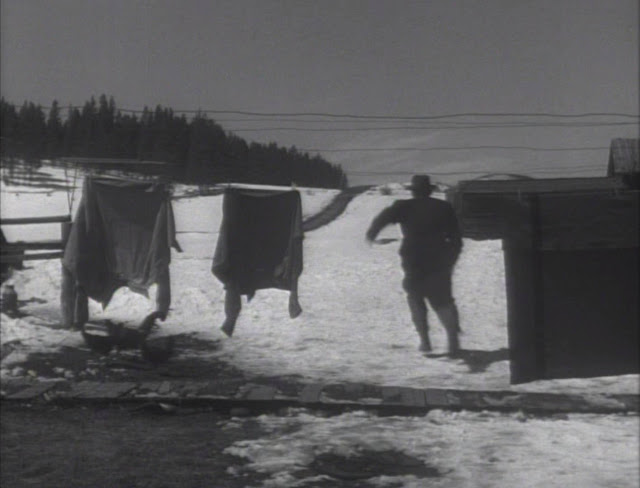 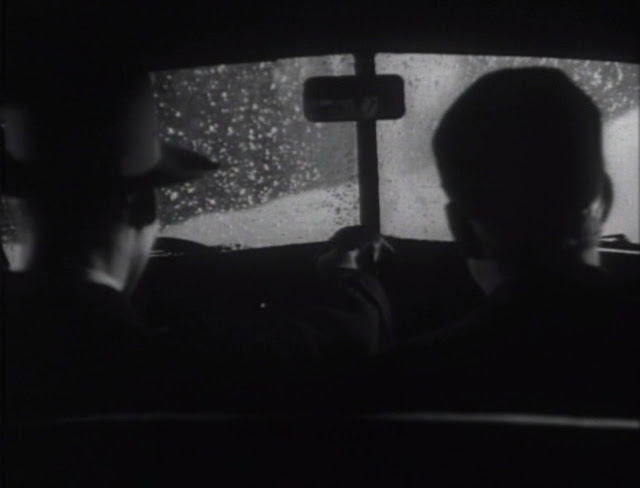 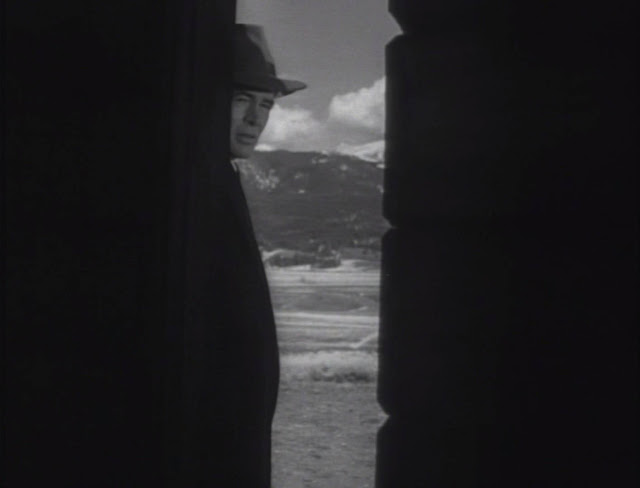 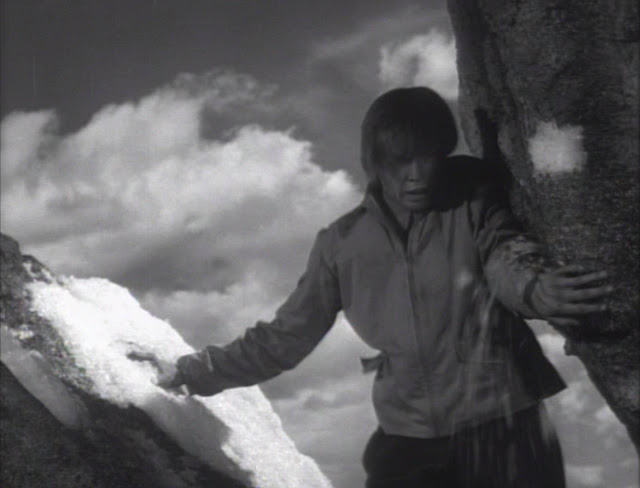 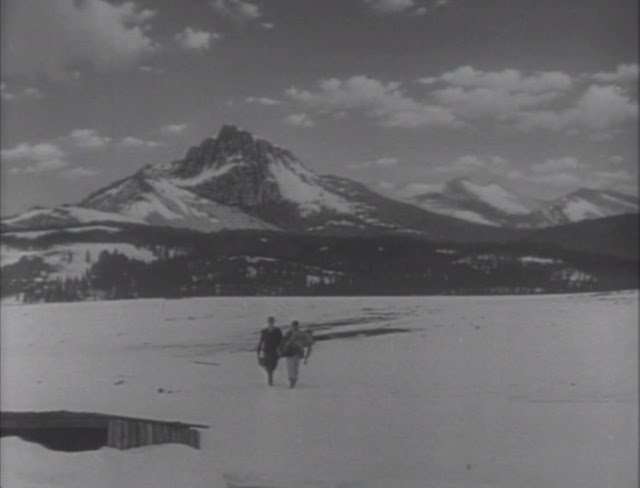 The film can boast an outstanding score by the brilliant Bernard Herrmann. Great performances all around 9/10 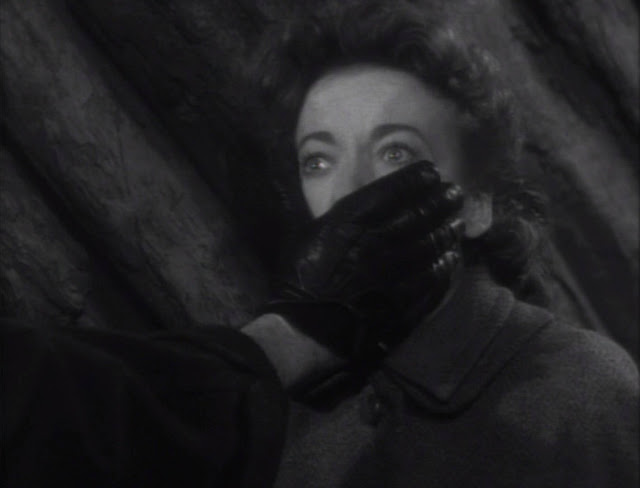