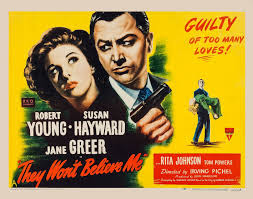 Its the type of a tale that you would expect James M. Cain to pen. Its about this philandering husband (Young) unhappily married to a possessive millionairess (Johnson) who gets involved with two other women Janice (Greer) and Verna (Hayward). Young has a job in a brokerage firm as a stockbroker because of his wife's position in life, he married for money and found out that its not all there is. He falls for Janice a fellow broker and carries on an affair with her, and when Janice is transferred to Montreal he decides to go with her, but he finds it hard to break away from his wife's money teat, his wife finds out his plans, she threatens to cut him off, and subsequently decides to sell the house and arrange to have his job transferred to Los Angeles. On the very day he is supposed to meet Janice at the station, Larry & Greta board a train to LA. 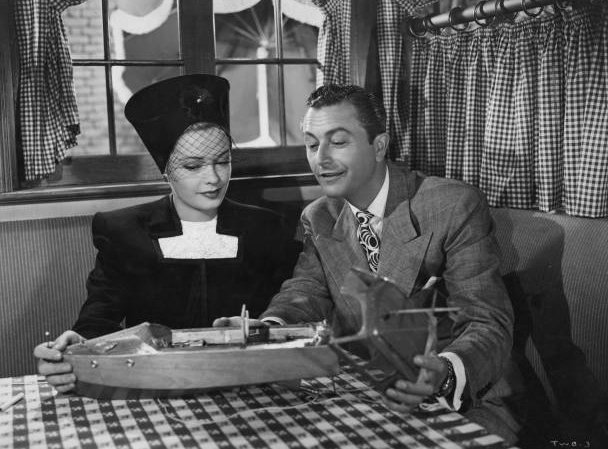 Larry with Janice and below Greta on the train 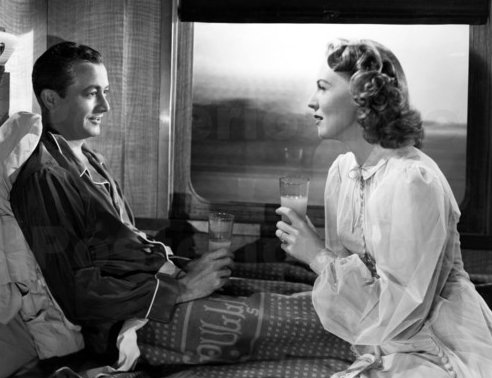 In LA, Larry tries to change his tune but he is smitten by the attention payed to him a very cute Verna (Hayward) who wraps him around her finger, they fall in love. Once again Greta finds out and once again sells the house and moves Larry away to a remote ranch up in the Sierras with no phone and the nearest town a good drive away. Before the move Verna gives Larry the ultimatum her or me, Larry again picks the money, and Verna storms off. 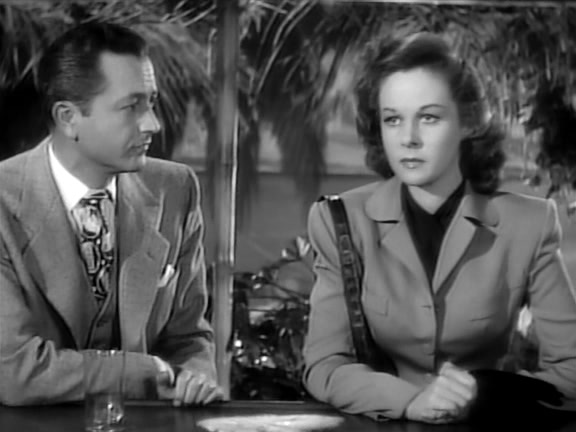 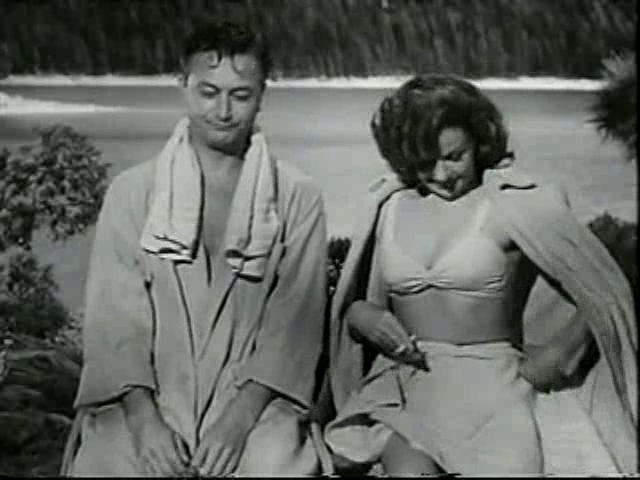 For awhile Larry and Greta seem to reconcile, they spend the days riding about the ranch and the evenings with each other, Greta decides to build a guesthouse and sends Larry to LA to meet with an architect. Before he goes he calls Verna from a general store and tells her to meet him at their old meeting place if she is still interested in him. She does and they rekindle their affair. Larry cooks up a scheme to swindle Greta out of $25,000 using Verna. Meanwhile Janice shows up now working at the LA branch of the brokerage firm. 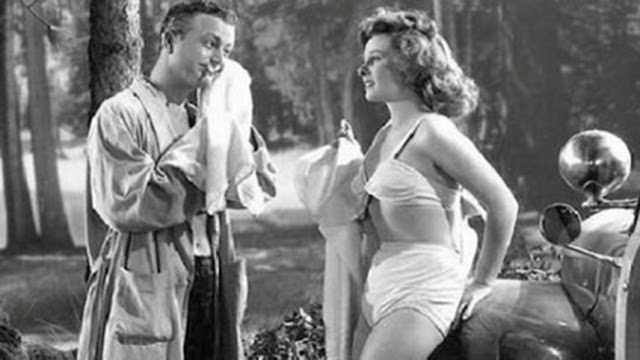 As you'd expect everything goes to shit leading to tragedy (and a terrific twist ending). Young excels in his unsympathetic role as a cad,  Johnson does wonders with her scenes as his wife, and Hayward is exceptionally enticing in her very forward way of pursuing Larry.  This is more of a Film Gris than a Films de la nuit (Hard Core Noir) Still is a entertaining viewing 7/10 caught it on TCM, I've heard that some of it is cut and that there is a full version of this shown only at Noir City events. It seems to flow ok but it would be nice to see it complete worth trying to find.
Posted by cigar joe at 7:37 PM