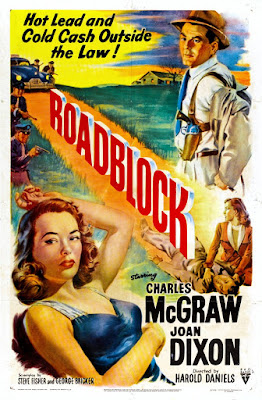 Directed by Harold Daniels, cinematography by Nicholas Musuraca (Out of the Past, Deadline at Dawn, The Hitch-Hiker, The Seventh Victim) Charles McGraw as Joe Peters, Joan Dixon as Diane, Lowell Gilmore as Kendall Webb, Louis Jean Heydt  as Harry Miller, Milburn Stone as Egan.

A Crime Film with some noir-ish flourishes that doesn't quite hit on all cylinders, blame the director or the script, the film just doesn't have much snap.

The tale begins with a teaser, insurance detectives Joe Peters and Harry Miller stage a shootout in Cincinnati, Peters "kills" Miller in front of a "mark" about to get into a car. Peters forces the mark at gunpoint the drive him away from the scene of the crime. The menacing Peters threatens the mark as being the only witness, the mark panics, and offers Peters $100,000 to not kill him. Peters acquiesces and the mark drives him to a cemetery where in the tomb of his late brother he removes a floor tile hiding a tin box containing the money he embezzled. Detective Miller who tailed Peters and the mark re-appears at the tomb and Peters with Miller arrest the embezzler.

The prequel ruse & the airport sequence below with a lot of studio head Howard Hughes' blatant TWA product placement in every shot. 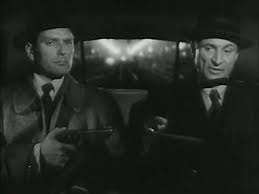 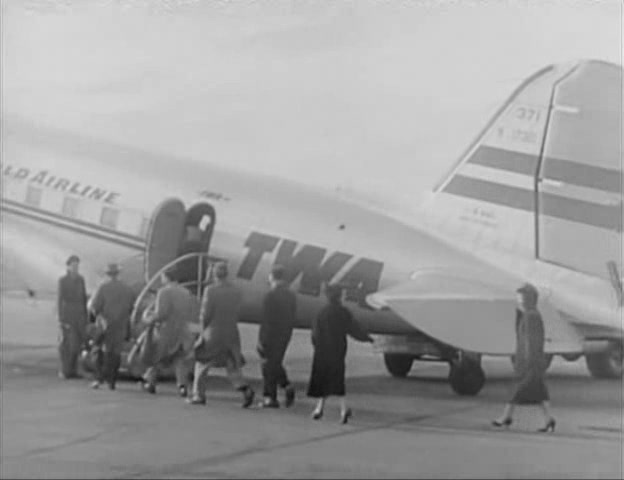 The real story begins when Peters, while flying back to LA, meets and is smitten by con girl Diane (Dixon). Diane cons herself to a reduced ticket by pretending to be Peters' wife. Straight-arrow Peters disapproves of the scam when Diane takes the seat on the plane but keeps mum. Bad weather forces the plane down for an unscheduled landing and being "husband & wife" on the roster they have to share a room at the only hotel in town. It's a cute meet type of situation, and by the end of the trip in LA Peters is hooked on Diane, but Diane has her sights set on bigger game.

Diane: Someday you're going to want something nice and expensive that you can't afford on a detective's salary.
Joe Peters: Like what?
Diane: Like me.

To make a long story short, Diane gets mixed up with racketeers, Peters goes bad, Diane goes good, and a successful heist has an accomplice who squeals and rats everything out. 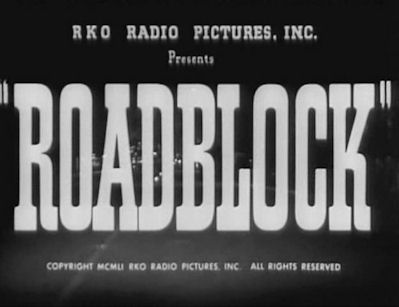 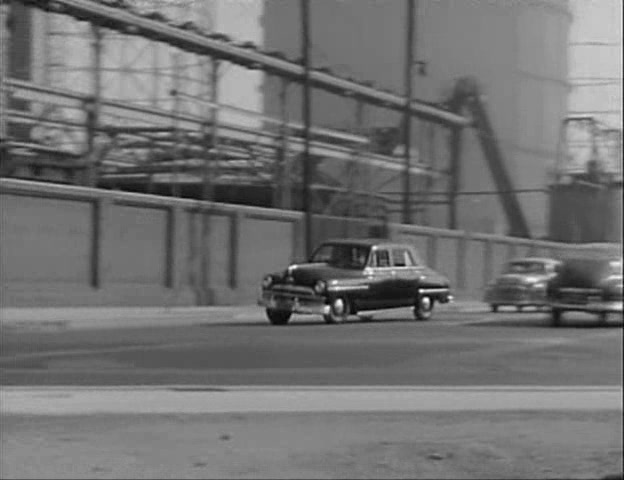 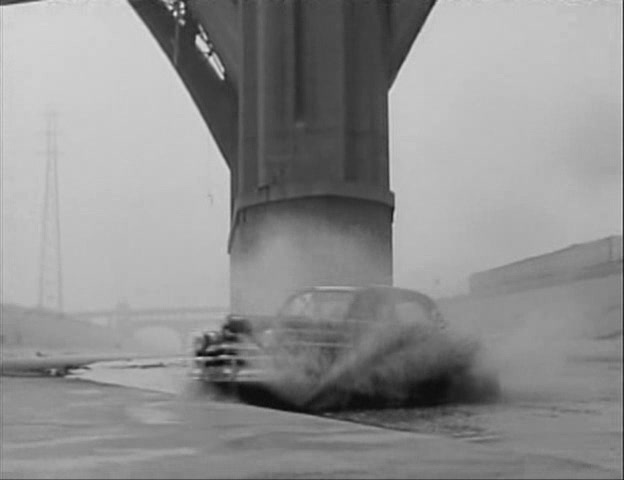 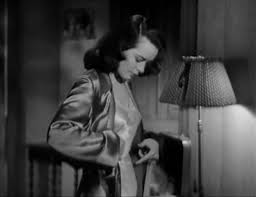 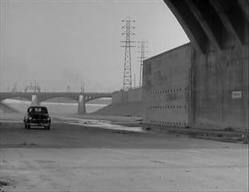 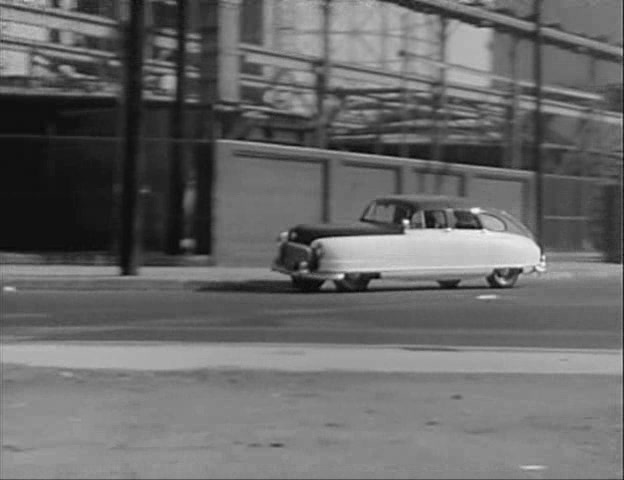 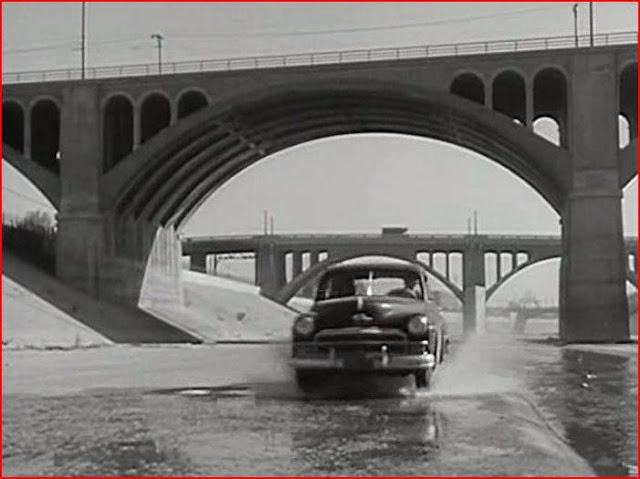 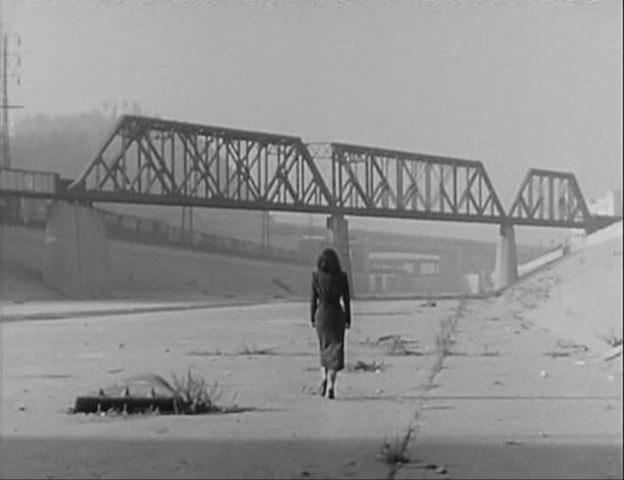 Musuraca provides the visual flourishes capping it all with an exciting daylight chase through the iconic concrete trough of the Los Angeles "river" above. 7/10

Author: bmacv from Western New York
27 May 2002
Drop a laurel wreath on Charles McGraw's huge, sculptural head – you can almost see it in the Greco-Roman wing of a museum, perched atop a pedestal. He was one of the noir cycle's most serviceable pieces of furniture, along with Raymond Burr and Elisha Cook, Jr. Most often he lurked in the murky background, but sometimes, most memorably in The Narrow Margin, he stayed front and center. He also shuttled uncomplainingly between the underworld and the keepers of law and order. Starring in Roadblock, he tries to straddle both worlds.

This no-frills noir opens with a tease: McGraw stages a murder, then abducts a witness whom he manipulates into buying his way out of certain death with the loot from a bank job. But the movie is setting up McGraw as a straight-arrow insurance investigator who'll stop at nothing to achieve his goal.

Until he crosses paths with Joan Dixon, that is. A crafty gold-digger, she finds him sweet but `honest;' she's saving her sexual artillery for more affluent game, which she finds in a smooth racketeer (Lowell Gilmore). But McGraw can't get her out of his blood and, knowing that furs and jewels are the path to her mercenary heart, strikes up a deal with the mobster. He offers him a million-and-a-quarter, insured by his company, which he knows will be traveling by train; if Gilmore pulls the job off, McGraw will settle for $400 grand.

The irony – and the script's least convincing turn – is that Dixon falls for McGraw anyway and renounces her grasping ways. (Not only does this ring false, it also makes her far less arresting a character.) Despite second thoughts, McGraw gets his share of the take. Then, naturally, he's assigned to the team of investigators trying to crack the case....

Harold Daniels, who had a brief and largely undistinguished career as both actor and director, keeps the action swift and simple – it races down an hour-plus of highway until it reaches its titular roadblock. The movie goes down as easily and satisfyingly as a hot dog and a beer.
Posted by cigar joe at 4:21 PM