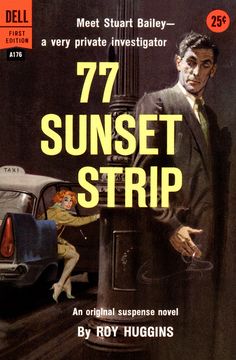 Noirsville Tunes of the Week

Bull Moose Jackson - was an American blues and rhythm-and-blues singer and saxophonist, who was most successful in the late 1940s. He is sometimes considered a performer of dirty blues, because of the suggestive nature of some of his songs, such as "I Want a Bowlegged Woman" and "Big Ten Inch Record".

Noirsville Iconic Gif Of The Week 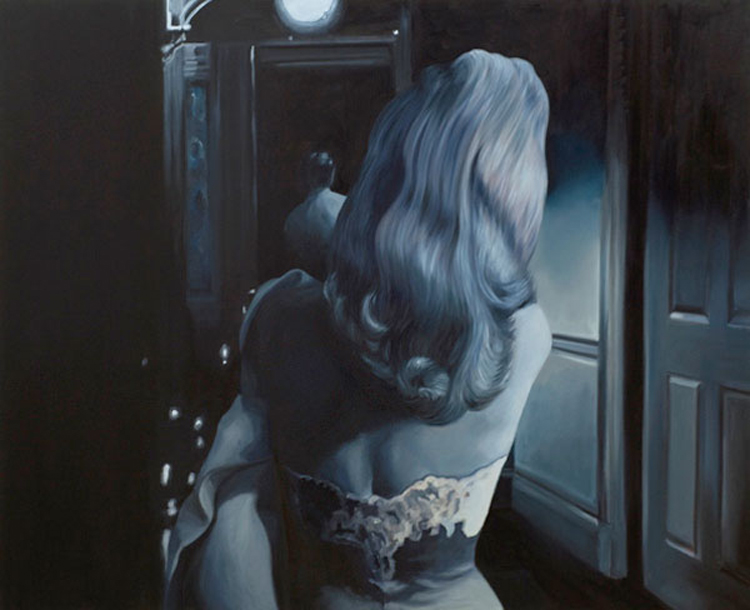 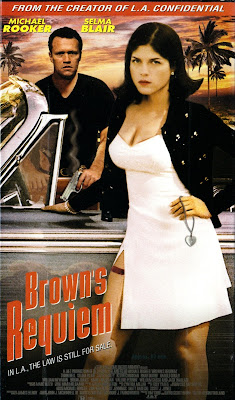 "I cant remember if my first drink was to celebrate my good fortune, or grieve my losses..... I figure if I sit here long enough I'll remember,....about how a guy who has nothing can lose everything."

Third novel of James Elroy to be filmed.

After the success of L.A. Confidential (1997), Jason Freeland wrote and directed this adaptation of Elroy's fist published novel, Brown's Requiem. It's an almost forgotten gem. Why is this not listed in the Film Noir Encyclopedia by Silver, Ward, Ursini, and Porfirio, and short shrift-ed elsewhere? Possibly because it's populated with all B list actors.

The opening credits have a great mournful trumpet and melancholy piano in a slow funeral dirge.

We first meet Fritz warming a stool at a strip joint. On the bar top before him, a pair of long disembodied legs are grinding. The limbs and that "heaven's above," should have him mesmerized, but Brown, in true hard boiled fashion, is almost oblivious, his mind is elsewhere, narrating the requiem of his last case.

The entire film and its convoluted plot is told in an extended flashback.

A guy is pounding on the office door, it's a land whale name of Fat Dog Baker (Will Sasso). The guy is animated. Wound a bit too tight. He's huge, dirty and stinks. He claims he's the "King of the Caddies, the greatest fuckin' looper who ever packed a bag."


Fat Dog wants Fritz to keep an eye on his kid sister Jane (Selma Blair). She's 17 and living with a rich dirty ol' man deviant Solly Kupperman (Harold Gould), aka Solly K. He's a big shot living in Beverly Hills. Solly and Jane drive matching "his and hers" Rolls Royce's.  Solly had a nightclub Solly K's that burned down just the night before. After flashing a roll of dough that could choke a horse, Fat Dog pays Fritz five bills. Tells Fritz he can get a hold of him at the Rustic Inn and splits.

So Fritz, half a grand richer, begins to tail Jane, she heads to piano lessons. A tail of Solly is more productive. Solly heads to a low rent liquor store and comes out carrying two packages. These he puts in his trunk and heads up the two lane towards Palmdale.

At a dump highway pit stop he watches Solly transfer the packages to a corrupt big shot L.A.P.D. internal affairs brass name of Cathcart (Brion James). This Cathcart was the highfalutin douche-bag that threw Fritz off the force for being an alkie. Now the case is personally interesting.

Fritz heads to the Rustic Inn to report to Fat Dog. He's not there and they haven't seen him. After a tip from caddie Augie (William Newman), he intercepts eventually intercepts Fat Dog and gives him the scoop about Cathcart. Now even more worried about his sister, Fat Dog offers Fritz ten Gs to make sure nothing happens to her. He has the money in a shack he has in Venice, and asks Fritz to drive him there.

In Venice, they get ambushed by a couple of Hispanic goons, Fat Dog gets away but Fritz caught with his guard down is beaten up. They ask Fritz where are the ledgers? Fritz "what ledgers?"

Fritz, searching the next day around Venice finds a wino (Lee Weaver) who points him to the shack where Fat Dog has been occasionally hanging out.

Fritz finds the walls covered in pinups and centerfolds intermixed with images of Hitler, and also a mason jar of gasoline making him suspect that Fat Dog burned down Solly K's. From a junkie, named Edwards (Brad Dourif), at the St. George Hotel in downtown LA, Fritz finds out that Solly K's was really run by an ex ballplayer name of "Hot Rod" Ralston (Jack Conley).

Later while Fritz is still shadowing Jane, he sees her meet the very same Richard "Hot Rod" Ralston. Ralston is caddie master at a prestigious Beverly Hills club. Ralston drops Jane off at her regular piano lessons. Fritz decides to this go round to keep following Ralston.

It again pays off. At a Beverly Hills country club, Fritz overhears Ralston, in the caddie shack, putting pressure on Fat Dogs looper buddy Augie. Ralston accuses Fat Dog of some heavy shit, stealing money and ledgers from Solly K's. Augie tells him he knows nothing of either. Ralston wants just one more thing, he asks Augie to tell him where Fat Dog is hiding. Augie bluts out TJ.

So Fritz heads off to Tijuana to see if he can get a line on Fat Dog. At the only country club there, a patch of green surrounded by desert, he gets a tip that eventually finds Fat Dog very dead, a couple of days dead, other bodies pile up quick, mix in some pedophilia and incest and ol' Fritzie goes seriously off the wagon, and it all goes deliciously Noirsville.

Michael Rooker grows on you, he's got a rough carved in granite, world weary, pugilist look and a bit of a Tom Waits like rasp to his voice, he's very convincing as the vulnerable somewhat clueless P.I., fumbling his way through a case that isn't quite what it was described to be, and it's driving him to drink. He's no pushover though, he's tough, but also caring. Will Sasso as the manic "King Of The Caddies" is both intense and impressive, a very memorable character. The rest of the bottom dwelling cast, Harold Gould, Brion James (Blade Runner (1982)), Jack Conley, William Newman, Brad Dourif (Blue Velvet (1986)) and Christopher Meloni are all appropriately slimy. Selma Blair's, Jane is the only character that needed to be fleshed out a bit more.

The film is not without its bits of humor. When Fat Dog finally leaves the office, Fritz grabs a deodorant can and sprays the area Fat Dog occupied commenting that he should have gotten the first clue right then that the case stunk. Later when transporting Fat Dog in his convertible Fritz drops the top even though it's raining over Fat Dogs protestations. We know it's because the Dog stinks and Fritz is airing him out.

Director Freeland makes great use of various Los Angeles locations. Seo Mutarevic's Noir Cinematography does them justice, and the beautiful score was by Cynthia Millar. A surprise B Neo Noir Gem.  8/10