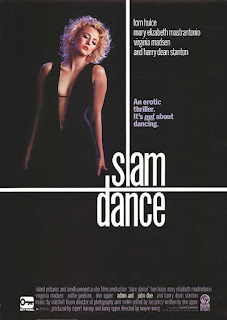 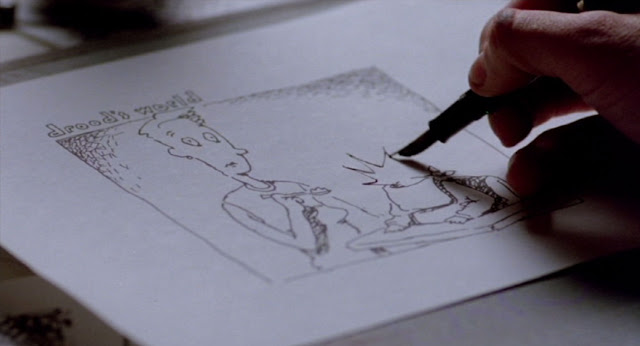 C.C. Drood (Hulce) is a moderately successful L.A. offbeat single panel cartoonist/artist creator of "Drood's World". He drives a classic 1960 Buick LeSabre. He has recently gone splitsville from his wife Helen (Mastrantonio) for wetting his noodle where he shouldn't. Drood is batchin it in his rented downtown 4th floor artist loft. He has a very snoopy landlady (Ware) who intercepts, and removes items from his mail.

The cause of the separation was a seductive, blonde, floosie femme fatale, in the form of a hottie call girl named Yolanda Caldwell (Madsen), who we see in a flashback. She is wearing a wedding ring.  Yolanda easily seduced a, three sheets to the wind, Drood at punk rock L.A. nightclub owned by his pal Jim Campbell (Ant). Drood is trying to repair the damaged marriage so that he can get back together with his wife and daughter "Bean" (Barsi).


Returning one night to his loft, he sees that the door has been jimmied open and that his studio has been tossed. He is slugged, ko'ed, and wakes up in the backseat of a speeding car. His attacker Buddy (Opper) asks him "where is it?" He answers "where's what?" and gets a fist in the breadbasket. He gets worked over repeatedly, the line of questioning revealing that "she gave" him something. Drood has no idea what they want. He manages to get the back door open and fling himself into the street almost getting run over by a semi in the process. He reports the incident to the LAPD and while there is taken into custody as a suspect in the murder of Yolanda. He is questioned by Detectives Benjamin Smiley (Stanton) and John Gilbert (Doe). 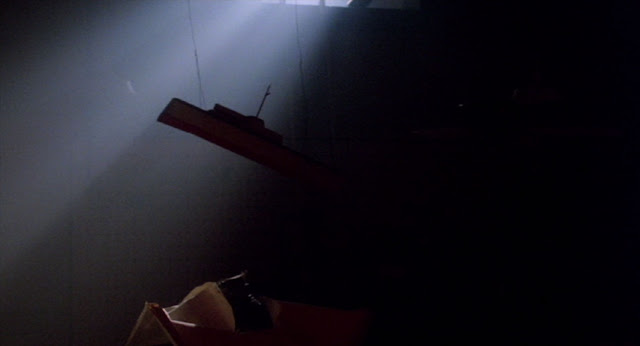 Released after police questioning he heads to his apartment. His landlady gives him a bulging manila envelope that arrived in the mail from Yolanda. He rips it open and looks at the photos. Some showing some kinky sex, a particular photo shows Yolanda in a water fountain surrounded by a group of men wearing scuba masks and snorkels, with their pants down the impression is that she is either about to perform oral sex on them or that she is going to be the recipient of a golden shower. The photos are marked with arrows and names.

Outside of his apartment, Buddy grabs the envelop and splits. Drood now begins his own investigation, searching Yolanda's apartment, and going over his affair with her (which we see in another flashback). He hits her speed dial numbers, etc., etc. He checks to county morgue to see if her husband picked up the body. He finds out that there is no husband. He calls the number he finds on a business card for Zeta Temporary Office Services to question a woman that was trained by Yolanda and a hooker Adrienne Schell (Nemi) shows up. Yolanda was a call girl who went by the name of Nancy Barron. 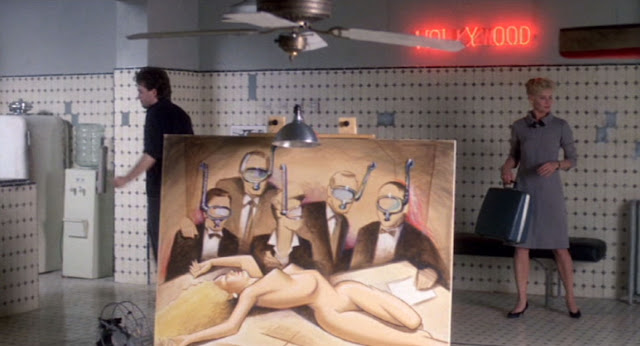 At the same time Detective Smiley is carrying out his own investigation, discovering a connection between Bobby Nye (Perkins) a wealthy L.A. philanthropist, Detective Gilbert, and Yolanda in a "sexfluence" scandal.

This really start spiralling down into Noirsville when Drood discovers a dead Adrienne lying naked with a bullet through her head in his apartment, and he recognises Gilbert as the driver of the car he was abducted in.  He's being set up. 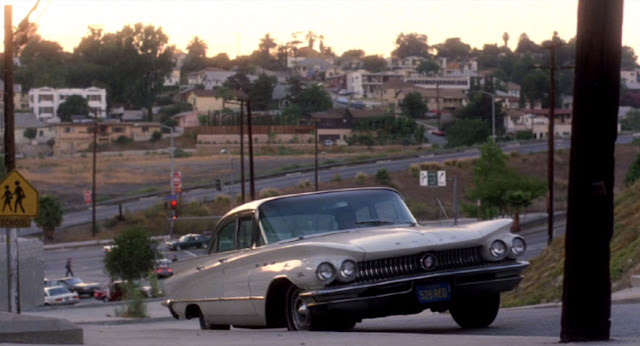 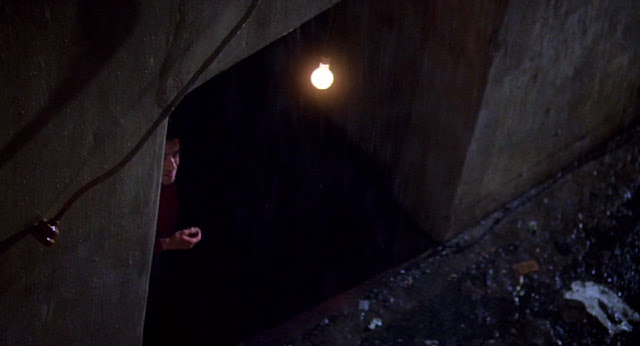 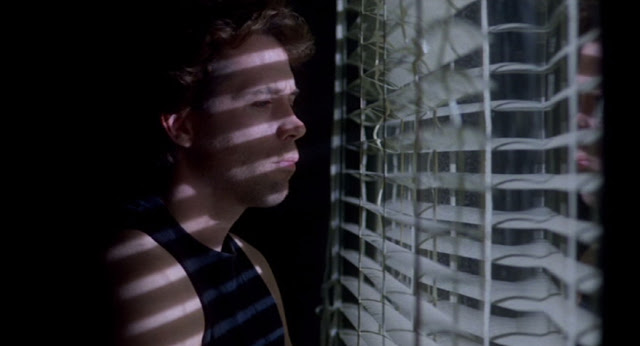 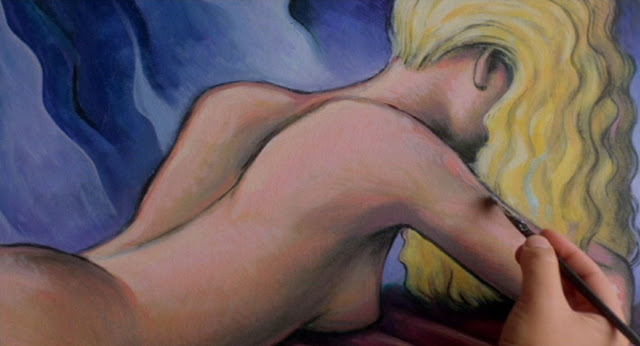 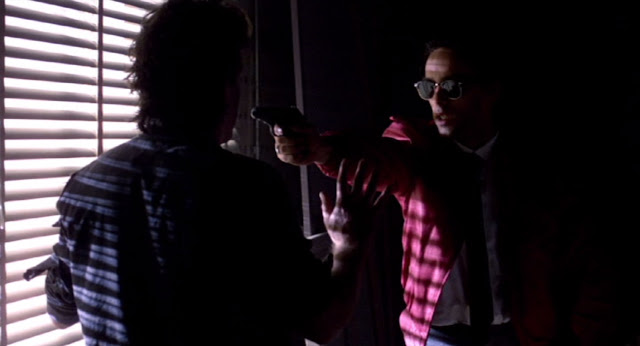 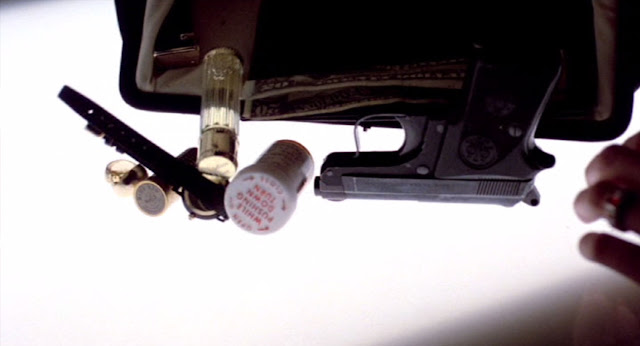 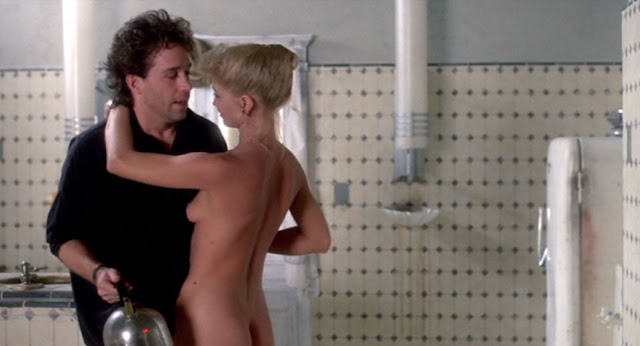 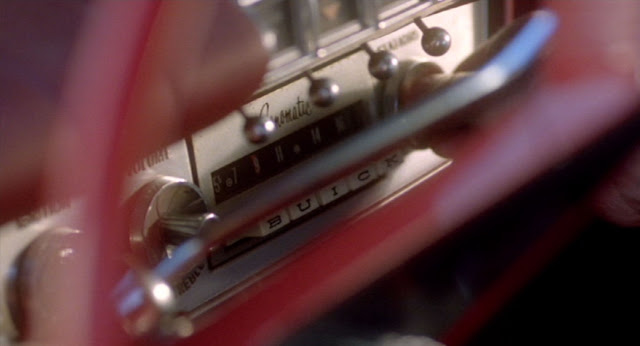 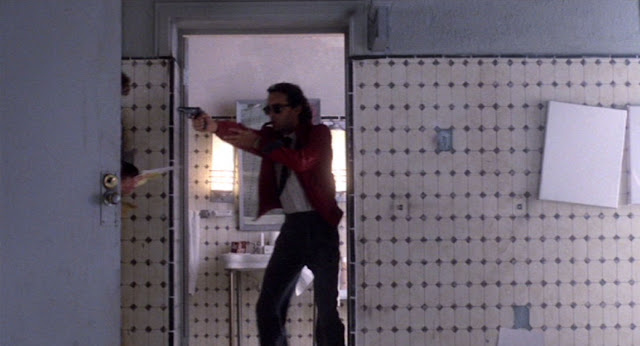 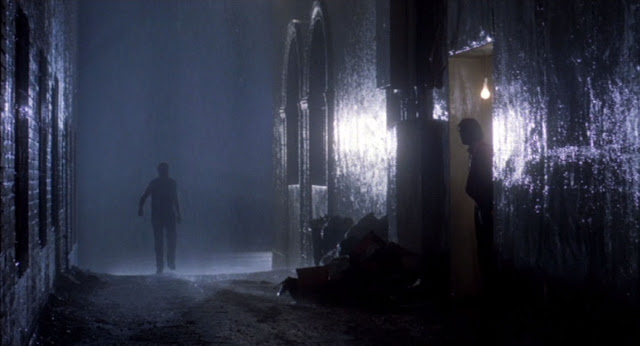 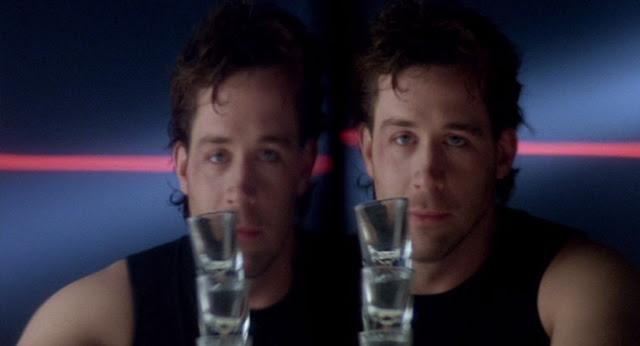 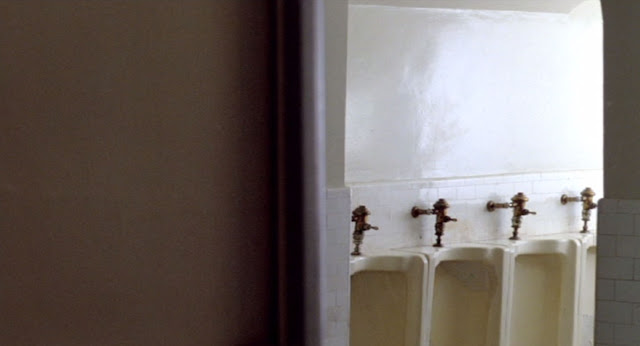 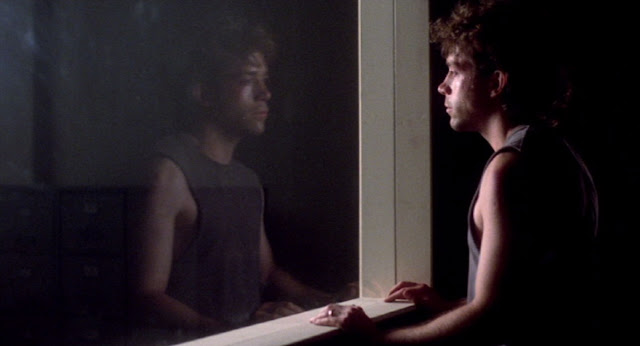 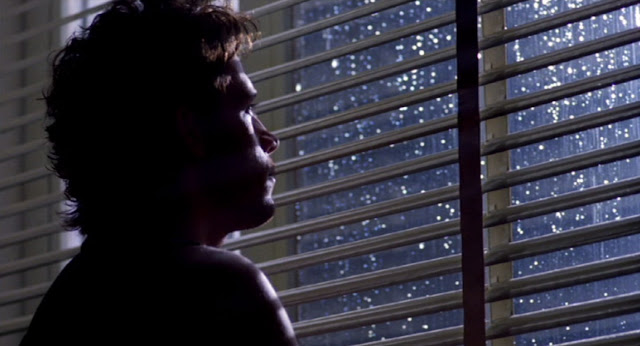 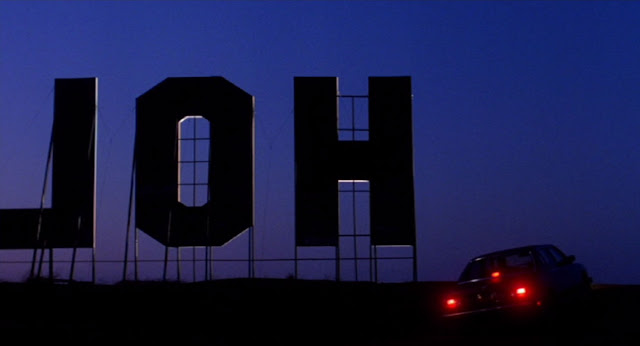 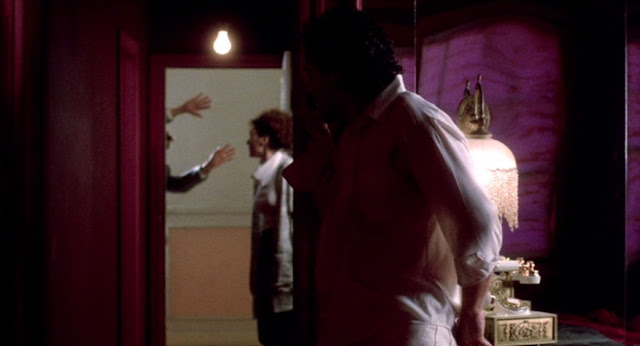 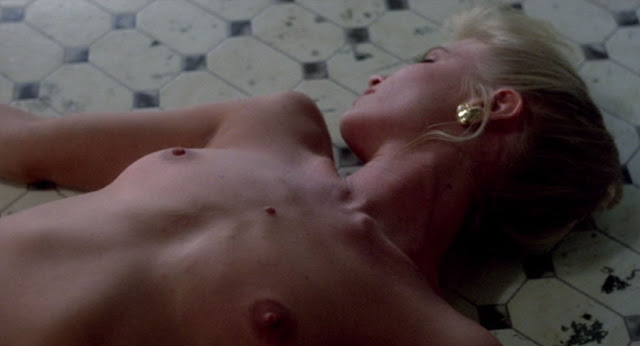 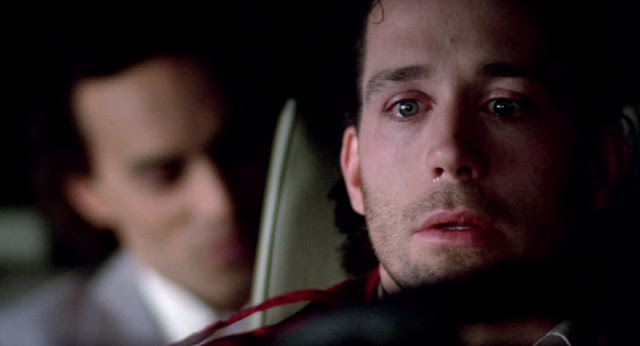 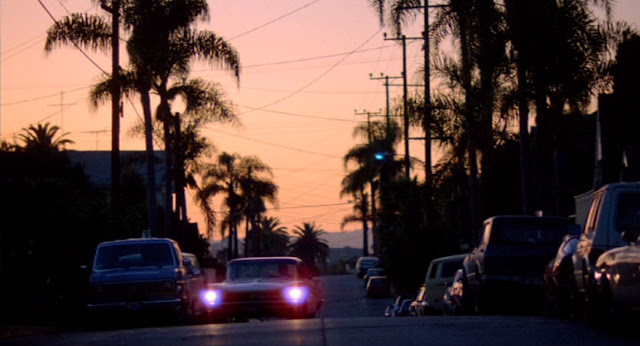 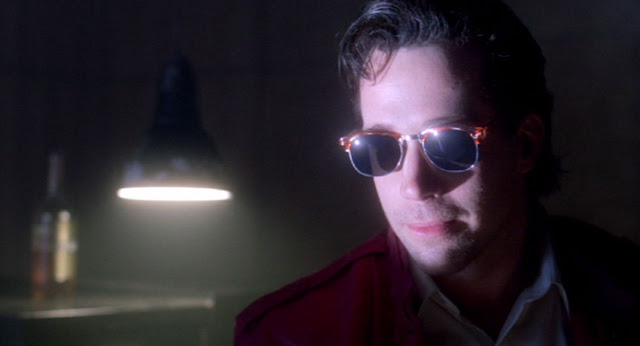 Slam Dance was a surprise, the cast was good, it held my interest, and it looked great, worth a watch for the cinematography. 6.5-7/10
Posted by cigar joe at 8:50 PM