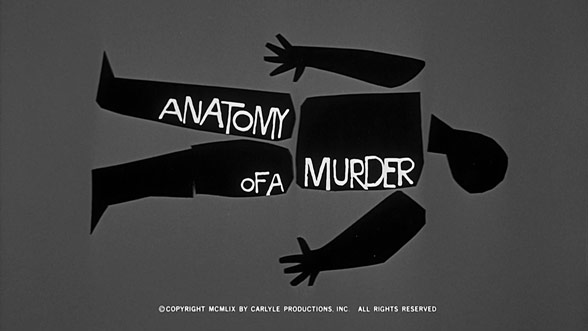 I've always liked the film, Anatomy Of A Murder. Once becoming an Aficio-Noir-do and finally understanding that Film Noir is a Style combined with a pan-generic dark story (with the subjective caveat that, it has to have enough of those elements to tip it noir for you, the viewer), it takes away a lot of the BS surrounding what is or is not Film Noir. Anatomy Of A Murder certainly has all the elements of a dark story, a rape, a murder, and the proverbial femme fatale.

Though the visual style is lacking we could, here at Noirsville, make a case for Anatomy Of A Murder being a ground breaking "Audio" or "Aural" Noir. The film was controversial at the time because it included use of the words "bitch", "no-girdle", "panties", "penetration", "rape", "slut" and "sperm".  We've come a long way baby!

With the recent remake of Nightmare Alley in mind lets Noir-ify Anatomy Of A Murder.

Just think of how all the Thunder Bay sequences could have been filmed, the crummy trailer court lit haphazardly by bare light bulbs. The Manion's teardrop pull trailer. Along the curve of the water off through the woods we see the glow of the beckoning lodge it's neon blinking to attract highway traffic. We hear the tinkling of rock and roll.

The rustic lodge Thunder Bay Lodge itself with it's smoke filled log wall interior, and dark low lit bar. The backbar festooned with photographs, moose heads, deer heads, and trophy fish above neat bottle formations. Other stuffed critters, birds, mink, bobcats on display throughout. Locals sprout like plaid mushrooms gracing barstools along with those tired travelers having one more for the road. A scattering of tables surround a dance floor where diners are grabbing a bite. There's a colorfully lit Wurlitzer shuffling out 7 inch 45 rpm pop tunes with honeymooners, young lovers and teenagers dancing to the top ten of 1959. 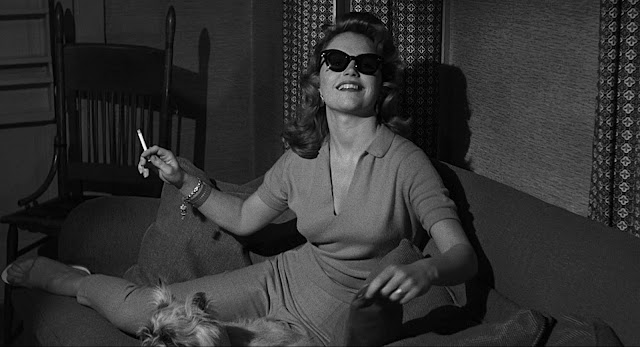 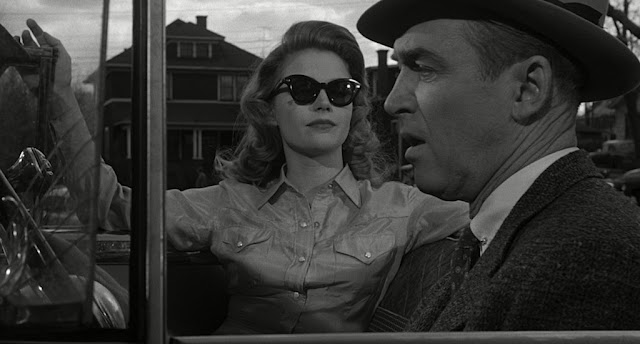 Then into all of this you have Laura Manion, with her dog, making a big entrance into the lodge,  The dog is carrying a flashlight in his mouth. Heads turn. She is smiling, beautiful, and very sexy. All eyes are on her. She's flirty and out for fun probably already had a few bracers in the trailer. Her hair is loose over her shoulders, her clothes are tight. Obviously, a "with it," been around the block a few times, "beat gal."

She  goes wiggling up to the bar sashaying her hips. Laura bats her eyelashes at Barney Quinn and slaps down a five and orders her cocktail. She lights up a tar bar and turns away smiling leaning back against the bar. She watches the dancers. Barney brings her drink and change, Laura takes the coins and with drink and cig in one hand and her change in the other she walks over to the jukebox. She makes her selections and to Chuk Berry's Johnny B. Goode, Laura starts dancing. The wild jiggling of her "non-girdled" assets are noticed by all.

The story, as filmed, neglects the "Noir characters in their "universe" spends more time with the trial and it's  "Normal" people "down homey" piano playing, fly fishing, lawyer Jimmy Stewart, his good hearted alcoholic investigator pal Arthur O'Connell, and down to earth wisecracking secretary Eve Arden.

I believe it would be a easy candidate for a Noir remake that could definitely work.