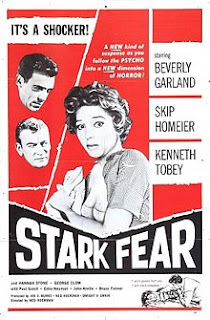 Directed by Ned Hockman his only film. Written by Dwight V. Swain. The absolutely horrible music was by Lawrence V. Fisher and John Williams (Valley of the Dolls (1967), Images (1972), Star Wars (1977)). Cinematography was by Robert Bethar.

Oklahoma City. Ellen Winslow (Garland) is unhappily married to abusive, sadistic, alcoholic, possible latent homo, momma's boy, total wacko, husband Gerry (Homeier). It's Gerry's birthday and Ellen has bought him a birthday cake and a new lace bra to spice up their relationship. Gerry is extremely ticked off that Ellen agreed to work for for is past business rival Cliff Kane (Tobey). Cliff develops oil fields with his senior business partner Joe Vincent. When Gerry sees the new bra he assumes she bought to to flirt with Cliff. Gerry makes Ellen call Cliff to tell him she's quitting her job. 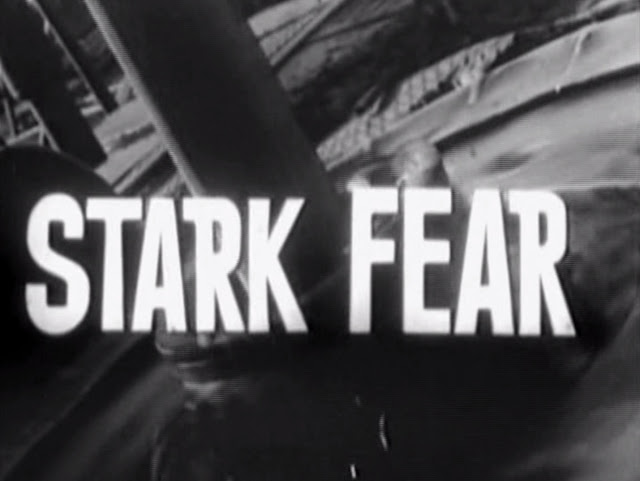 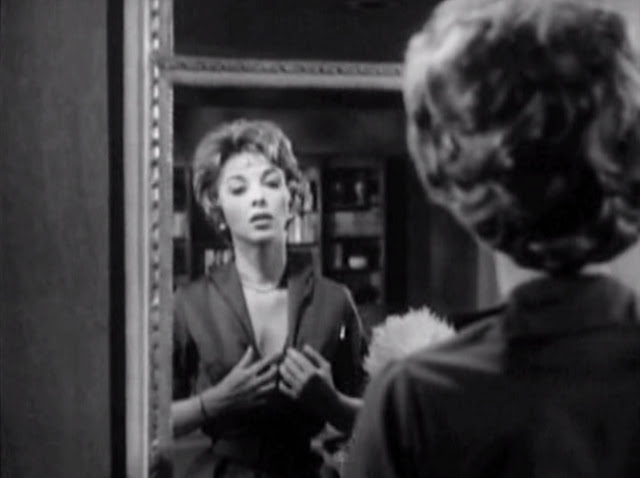 Gerry and Ellen then engage in some makeup sex only Gerry stops, coitus interruptus. Has he got "plumbing" problems? He announces to Ellen that he's getting a divorce for his birthday accusing her of being a tramp. After Ellen runs out of the house Gerry disappears. When Ellen inquires at Gerry's office as to his whereabouts, she discovers from his boss that he has taken a month’s unpaid vacation. 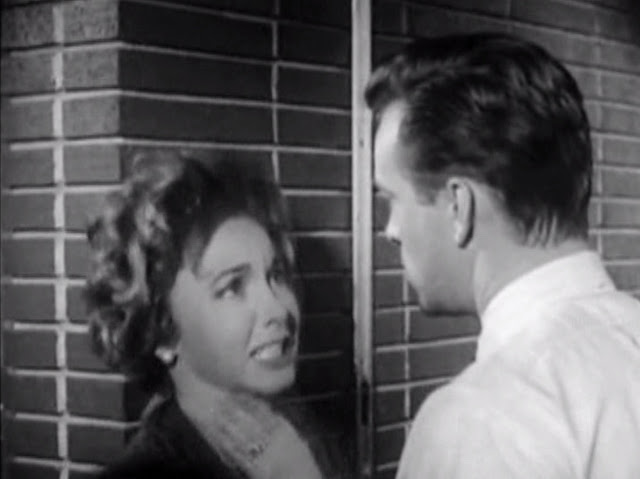 Ellen, trying to find Gerry before he gets himself fired traces, through their mutual friend Ruth, Gerry's old girlfriend Elizabeth "Liz" Cromwell. Liz Cromwell apparently operates what looks like a cat house for roughnecks. Liz gives Ellen the first big shock when she tells her that Gerry is not from Pennsylvania as he told her but from Quanah, Texas. Ellen also finds out that Gerry's best friend is Harvey Suggett. So now she has a place to look and a contact.

Unfortunately, Ellen, is taken for "new talent" by the leering Johns at Liz's Cat House. A fight breaks out and Chief, a half Cherokee, half Polack roughneck is the victor and Ellen becomes the spoils. Ellen is about to be "plowed" but resourcefully she breaks a handy bottle of booze in Chief's face and makes her escape.

Ellen heads off to Quanah hoping to find either Gerry or Harvey. She's a fish out of water in Quanah a bit too sophisticated for the backwater flyspeck. She finds Harvey who, though married, is a drunk and a notorious womanizer.  Harvey takes Ellen to the town graveyard to supposedly "show her something". He tries to seduce her.

That evening Ellen is surprised by an angry Gerry who again calls her a tramp and threatens her. She jumps out of her car and is chased by both Gerry and Harvey. It's Harvey who catches her. He forces her into his truck and takes her to a Cherokee Pow Wow, a "stomp dance" he calls it. Ellen escapes but is again caught in the nearby town graveyard and raped brutally by Harvey, while Gerry looks on from his mother's grave. 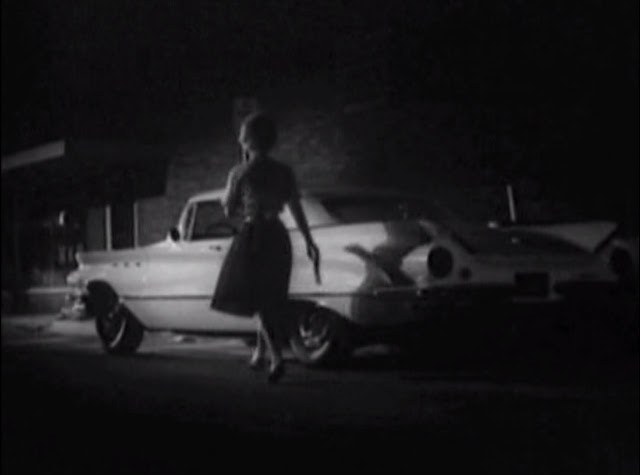 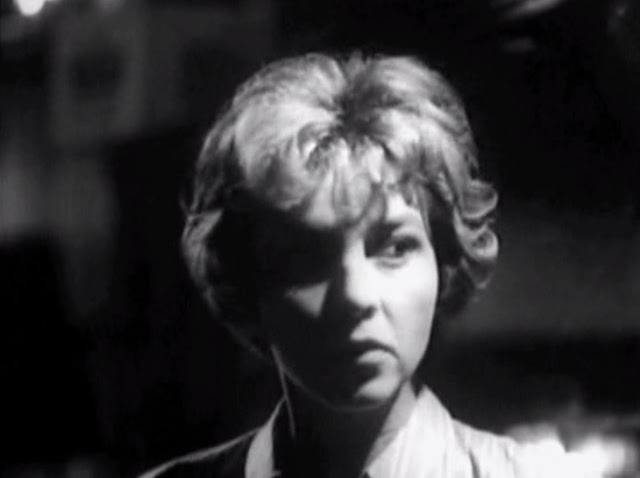 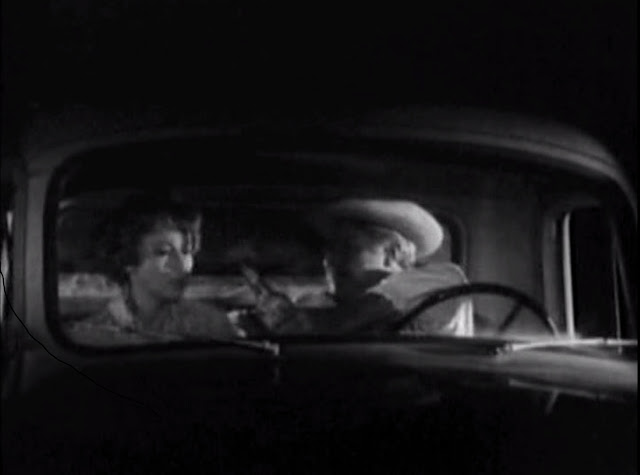 Ellen overcomes this traumatic experience by going full bore into her work for Cliff. This brings them very close together and a mutual attraction is very much evident when they take a break to visit Cliff's home town the resort /tourist trap Eureka Springs, Arkansas. Ellen however, cools the emotional embers down because she still feels that it's her fault that her marriage to Gerry failed.

Everything of course all goes to Noirsville, when Gerry arranges a bit of deadly mischief at the El Nora Motel. 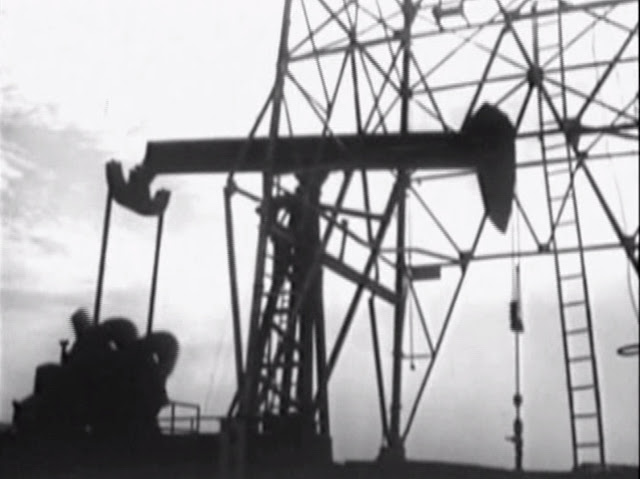 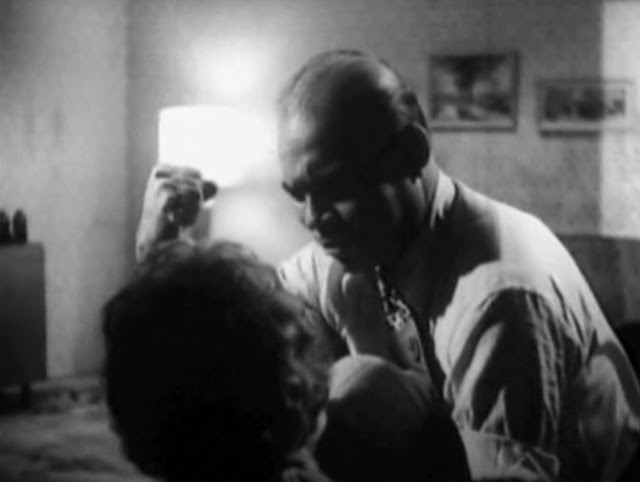 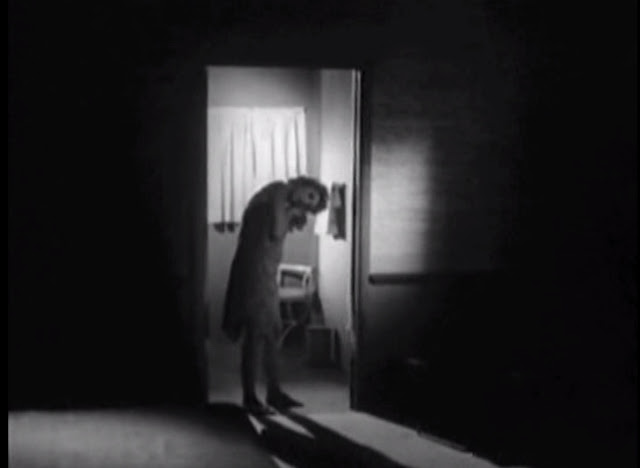 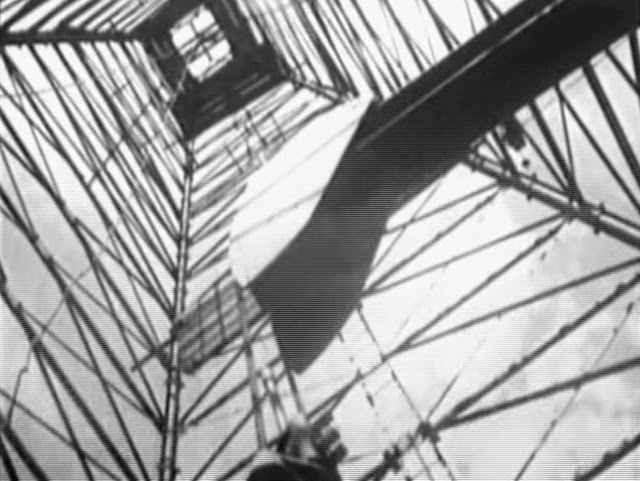 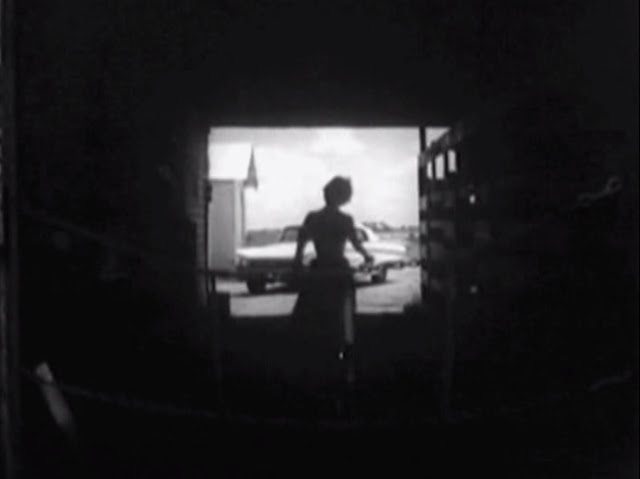 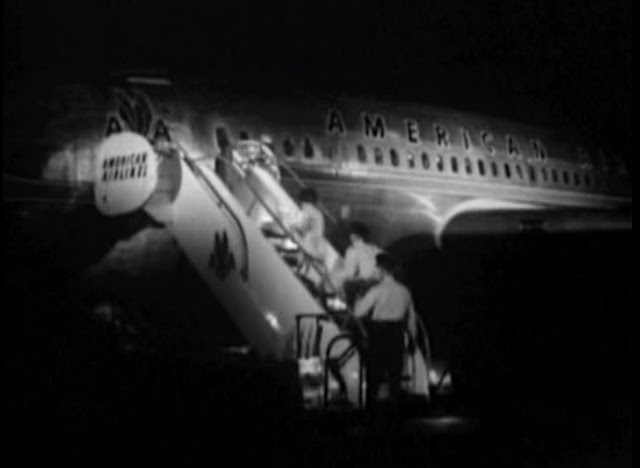 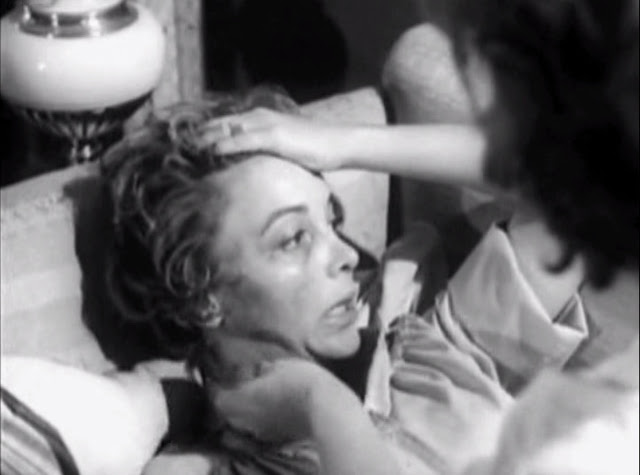 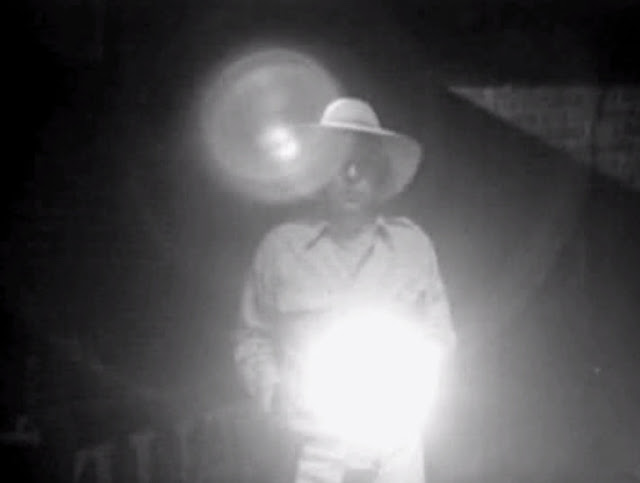 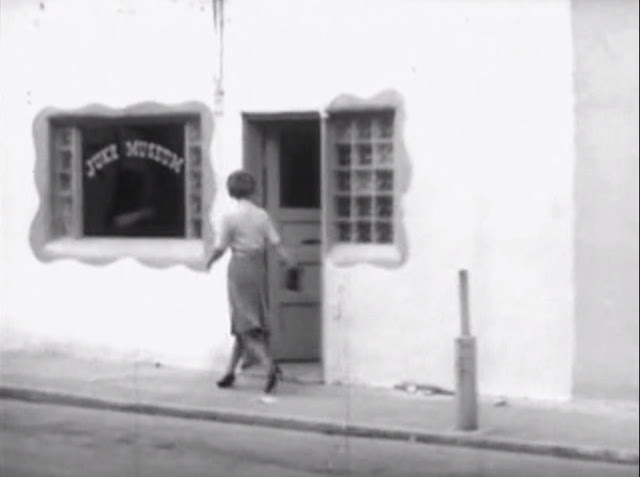 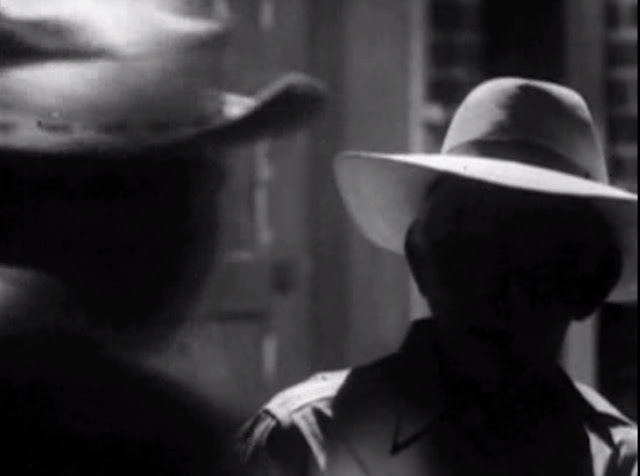 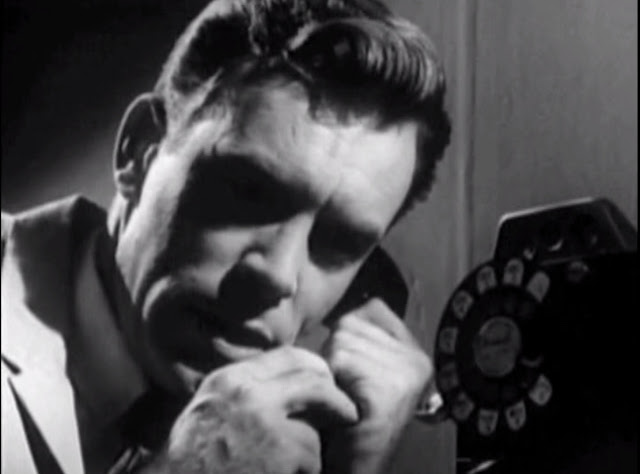 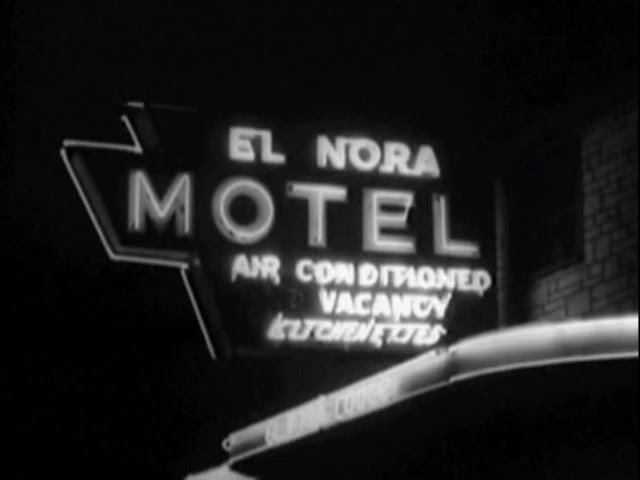 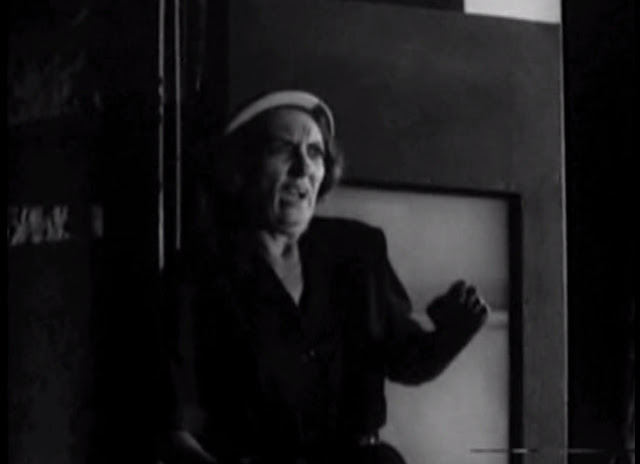 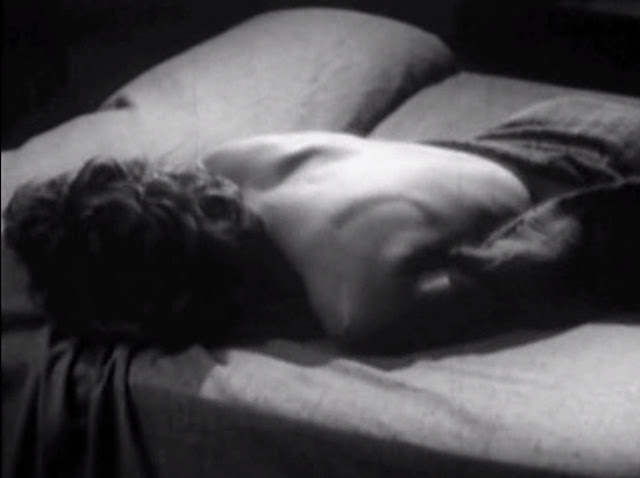 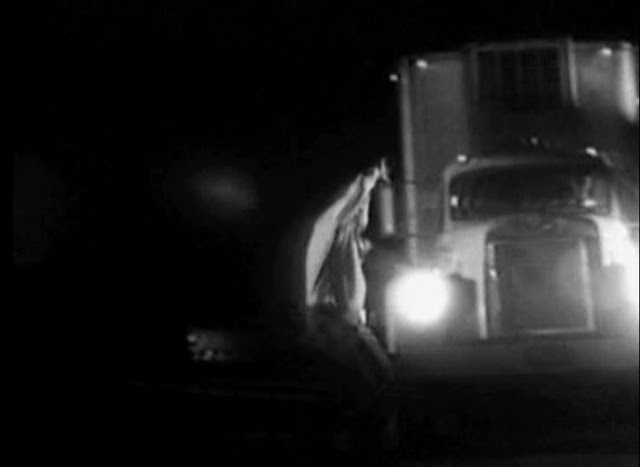 Beverly Garland is very convincing as the confused, and conflicted wife who takes all the blame on herself for her failed marriage. Probably part of the confusion can be attributed to director Ned Hockman working on his first and only feature. Skip Homeier, to me anyway, in every thing I've ever seen him in, looks like a complete nut case, much like Lee Van Cleef always had an aura of evil in his beady eyed stare, Homeire emits a radiation of lethal lunacy. Kenneth Tobey's Cliff is decent as Ellen's paramour. He always played a second fiddle in "A" pictures, he's not really leading man material but with the whole film being set in Oklahoma we are not Hollywood after all, Dorothy, we are in "B" and "C" wood. Hannah Stone as Ruth also nails your typical homely MidWest busybody girlfriend, you could run into her type, typically as a waitress, in any beanery in the 50s, 60s and 70s. some of her lines are unintentionally hilarious.

Stark Fear is also unique in that it may be the only noir to ever feature a Native American Pow Wow in it's plot. The score sounds like it should be the background music for a travelog of some Bavarian Oktoberfest.  The film is a curiosity, a guilty pleasure, worth a watch but nothing essential 6/10.

Screencaps above are from the Oldies.Com video, its part of a double bill with Fright. It is also available from Something Weird Video's Six Weird Noir DVD.