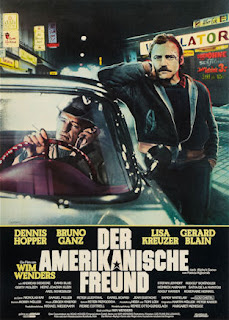 The story is pretty basic. Tom Ripley (Hopper) is an American who lives in Hamburg. He wears a cowboy hat and is known as the "Cowboy of Hamburg". He is a shady character with a dark past. His current scheme is posing as an art dealer bringing over paintings done by a supposedly dead NYC artist named Derwatt (Ray), he's also is involved in rigging auctions to bid up the same paintings to artificially drive up the price.


Jonathan Zimmermann (Ganz) was a talented art restorer, a rare blood disease has affected his ability to restore, and he is now reduced to working as art framer, albeit a good one. However the lifestyle of Jonathan and his family has gone seriously downhill and they are reduced to living in a cheap apartment in a building on a block that's being demolished.


Jonathan meets Ripley at the auction of one of Derwatt's paintings that he framed. Ripley is aware of Jonathan's condition, and Jonathan knowing something of Ripley's shady nature and not quite feeling himself he comes off as gruff when they are introduced. Ripley, not liking being snubbed, does not forget. Later an associate of Ripley, Raoul Minot (Blain) from Paris, calls on Ripley to call in a debt. He wants a hit put on an enemy. Ripley concocts an elaborate rouse to get Jonathan to do the job. While Ripley gets on Jonathan's good side, he sends a fake telegram to Jonathan from a friend who had just left for Canada telling him that he's sorry about his worsening condition. At the same time he has Minot call Jonathan telling him that knowing the graveness of his condition he will pay him a great deal of money if he whacks this gangster, and that this will provide for his wife and son.

Jonathan calls his doctor to see what is going on and the doctor assures him that nothing has changed, but he should not get excited because excitement aggravates his condition.  Ripley arranges for Minot to set up an appointment for Jonathan with blood specialists in Paris. Jonathan arrives for the test and Minot fakes the results, despondent Jonathan agrees to do the hit. 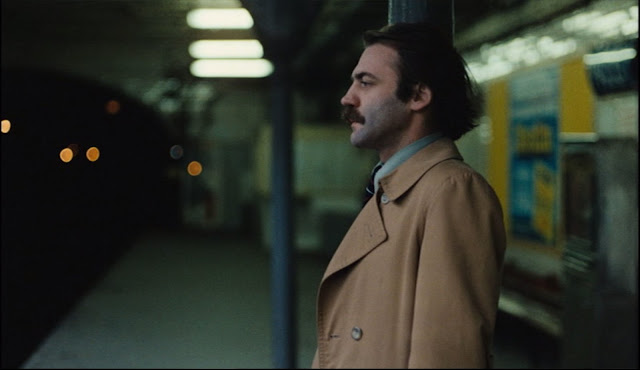 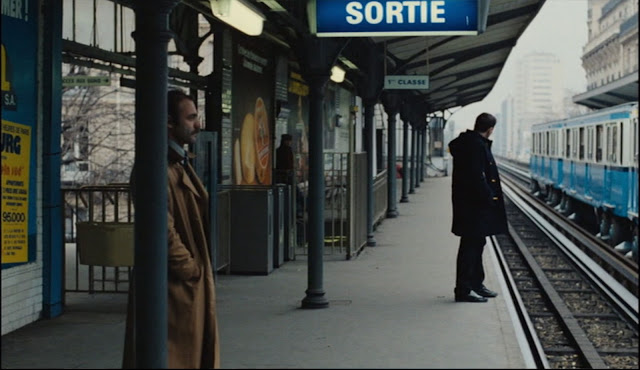 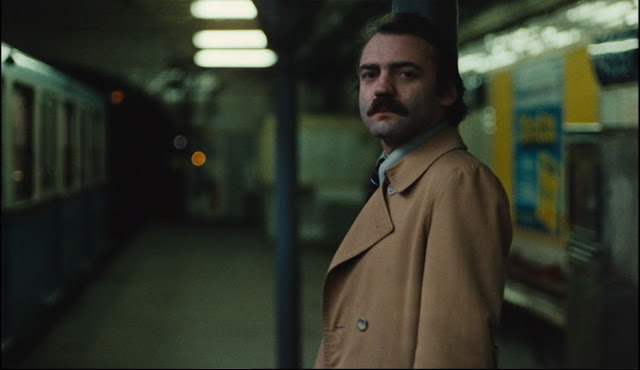 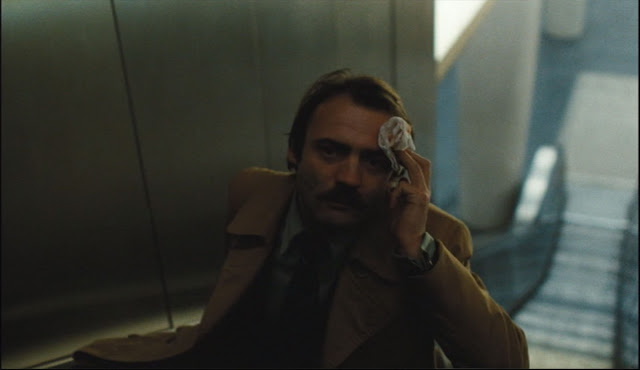 After successfully doing the job Jonathan has 97,000 Deutschmarks in his account. Jonathan tell his wife Marianne (Kreuzer) that he is being paid by doctors to undergo experimental treatments. Minot visits Ripley again to give a thumbs up with Jonathan's performance. Ripley, who has now begun to like Jonathan, is dismayed when Minot tells him wants Jonathan to assassinate two American gangsters, this time on a train bound for Hamburg.

Jonathan agrees but while on the train the bodyguard of the second target catches Jonathan. Ripley who was on the train shows up and overpowers him. Both Jonathan and Tom execute both target and bodyguard. Ripley confesses to Jonathan that he was the one that set him up. 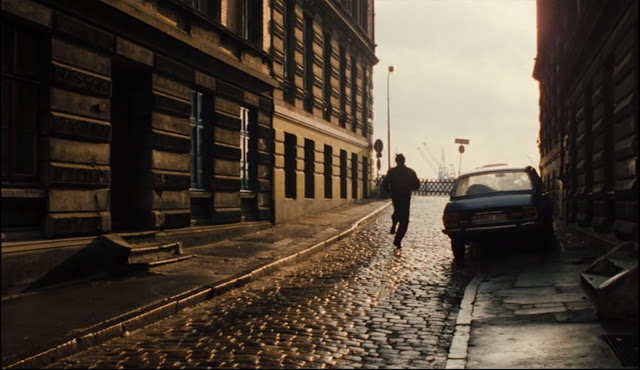 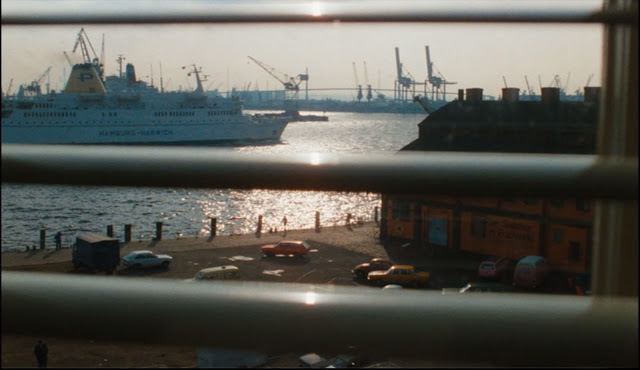 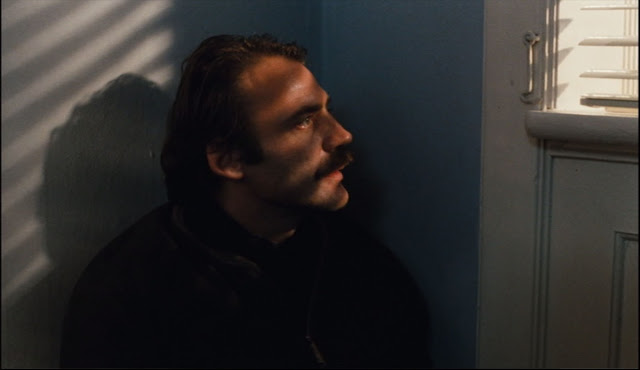 Minot shows up at Jonathan's after his apartment is blown up in Paris telling Jonathan that the mafia is after them. Ripley picks up Jonathan and they drive to Ripley's mansion to wait for the assassins. Of course all this excitement is just what Jonathan didn't need and things go Noirsville. Criterion Collection DVD 9/10. 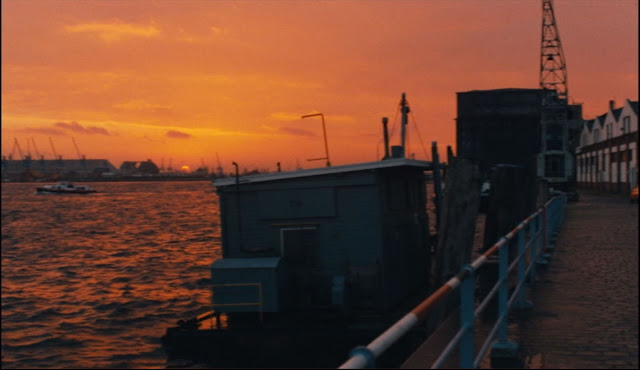 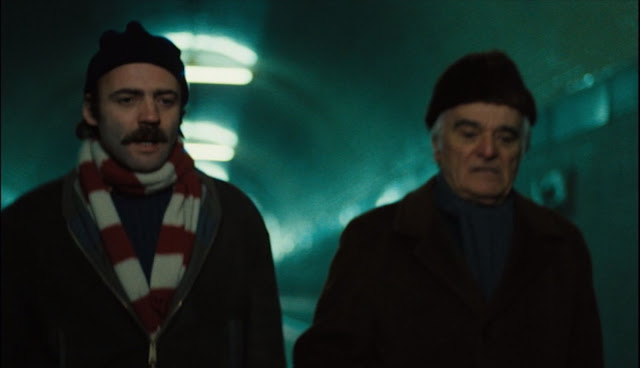 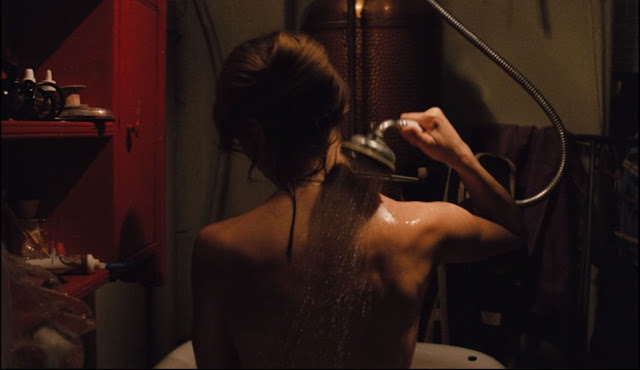 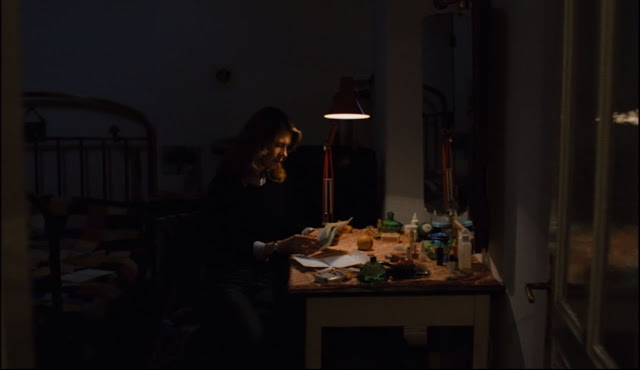 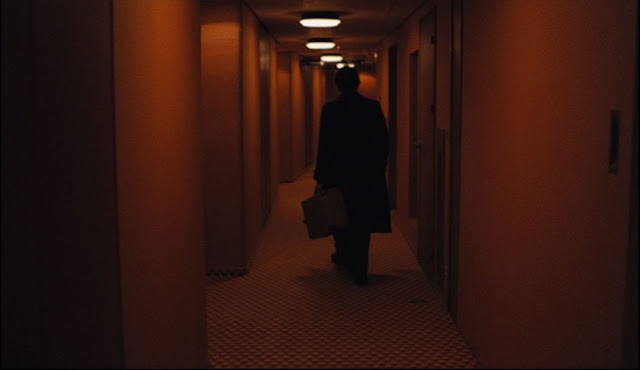 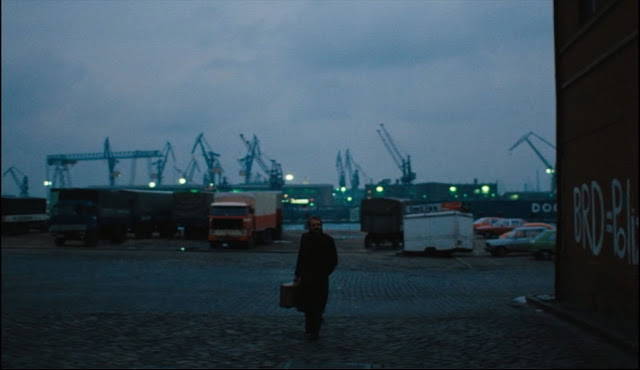 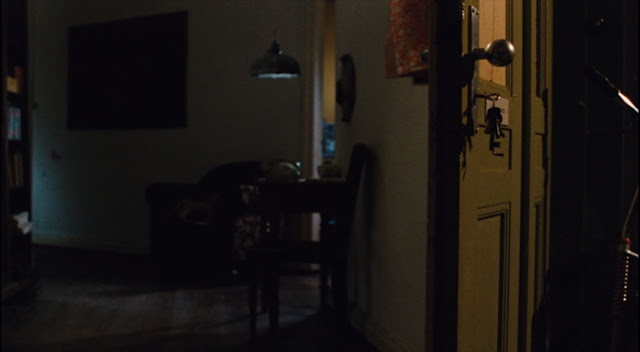 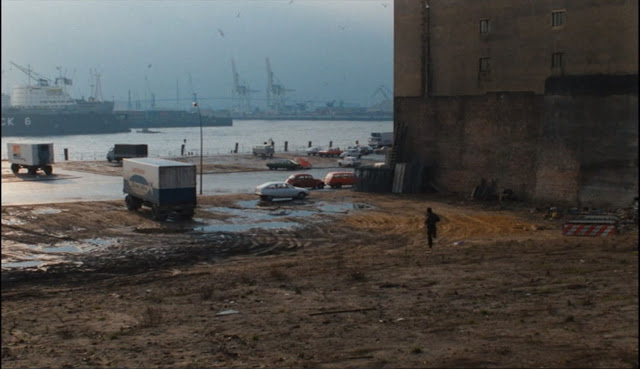 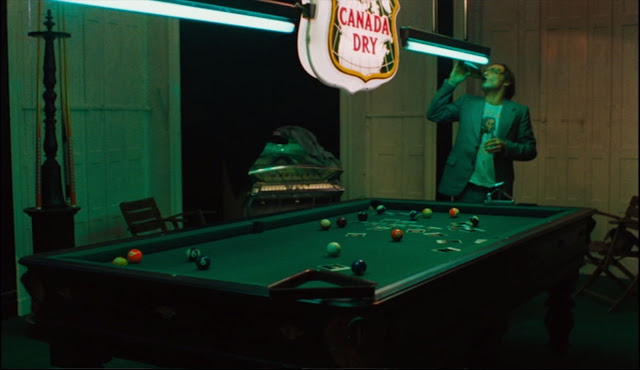 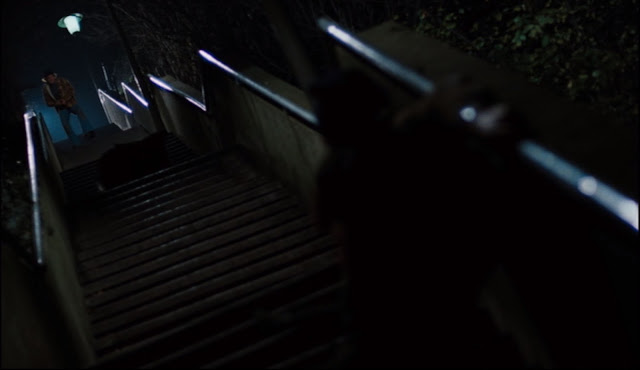 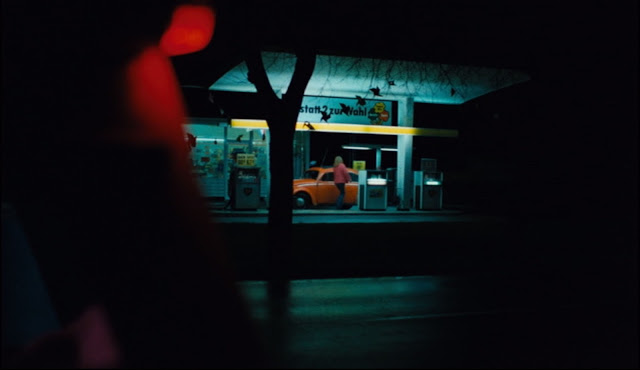 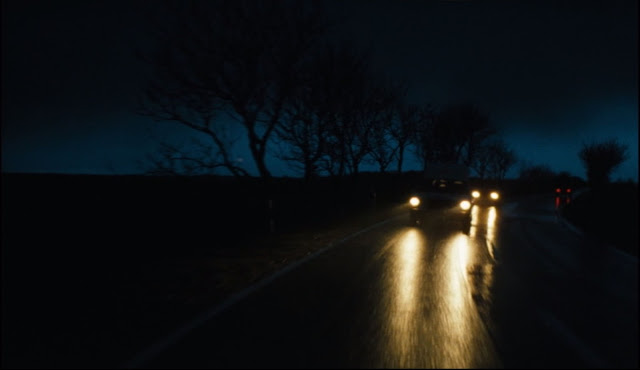 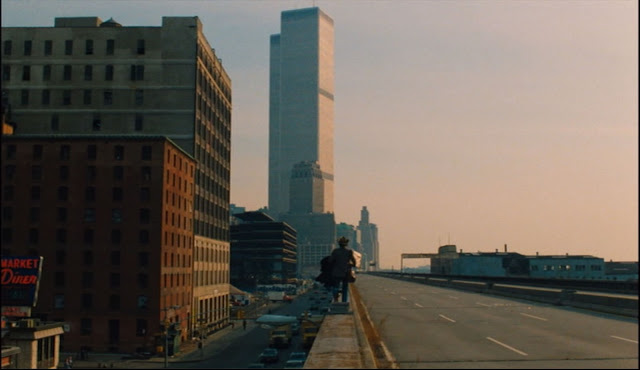 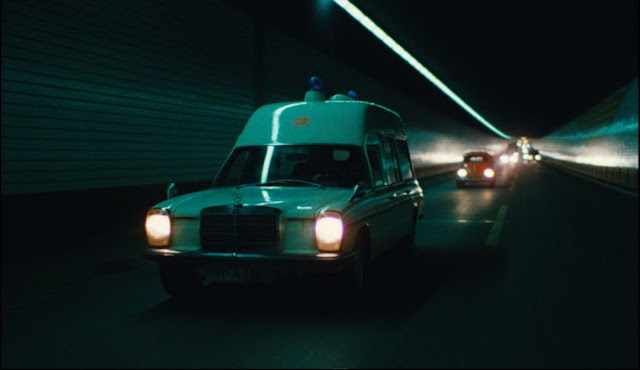 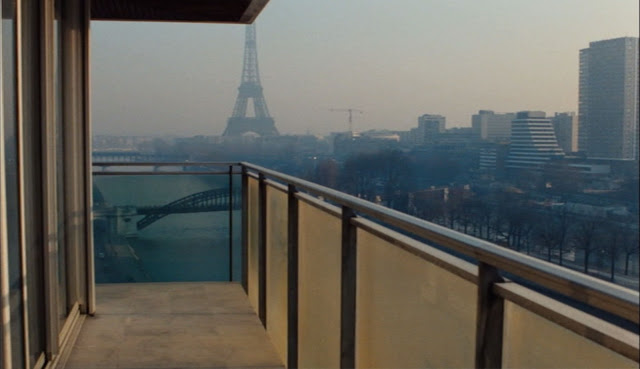 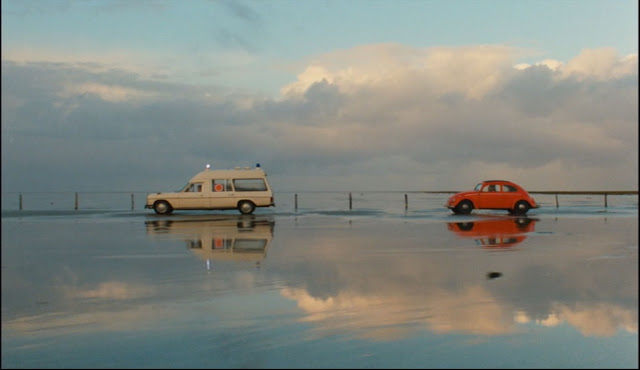